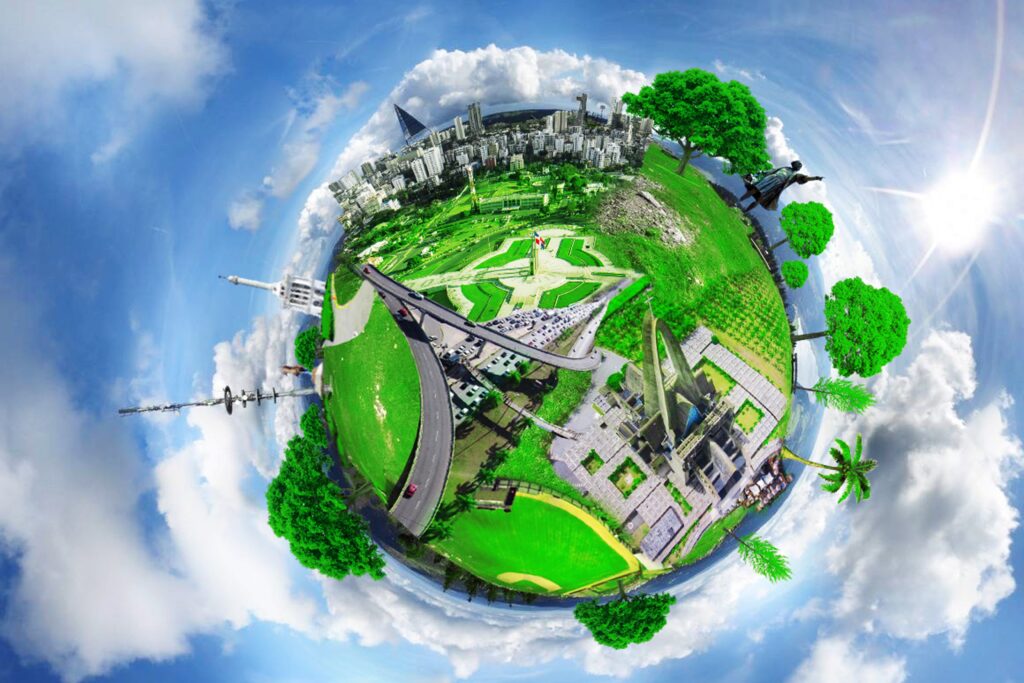 The publication of Growing a New Economy by Roar Bjonnes and Caroline Hargreaves[1] was a milestone in the history of Proutist literature because it was the first comprehensive introduction to Prout economics that firmly situated the Proutist agenda within the emerging New Economy Movement. The term New Economy Movement (NEM) is a rather loose description of a growing literature that rejects not just neo-liberalism but also its neoclassical foundations. Neoclassical economics is the orthodox economics taught in virtually all universities since the 1950s and informs most social and economic policy around the world. The NEM, by contrast, reconstructs the very foundations of economic theory, drawing on ecological, feminist and humanist principles, and incorporating proposals such as the guaranteed minimum requirements of life, alternative production models (for example, cooperatives), complementary currencies and a radical overhaul of global trade and finance.

Before publication of Growing a New Economy, Proutists, including myself, were inclined to accept the absolute foundations of economics to be the intersecting supply and demand curves in microeconomics and the circular-flow-of-income model in macroeconomics. Afterall, the diagrams of these in Paul Samuelson’s famous textbook have been the basis of Economics 101 since the second world war. They were, and continue to be, deeply ingrained in the mindset of generations of economists and even Proutists have been constrained by them when attempting to illustrate what a Prout economy might look like.

Growing a New Economy instead embraced the image of three concentric circles, the economy ensconced inside a society, which is in turn ensconced inside the biosphere of planet Earth. Variants of this iconic image are to be found in much of the NEM literature, and it also graces the landing page of Prout’s website (https:\\prout.info). Bjonnes and Hargreaves not only rejected the tenets of neoliberalism (free markets, free trade, privatization, small government, and the primacy of finance), they also demonstrated how Prout principles mesh with those of the NEM.

In the last four years, three additional groundbreaking books have been published which, I believe, clearly demonstrate that the New Economics has finally grown into a mature, principled synthesis of theory and practice based on humanist ethics and sound science. They are Doughnut Economics – Seven Ways to Think Like a 21st-Century Economist by Kate Raworth (2018),[2] Mission Economy – A Moonshot Guide to Changing Capitalism by Mariana Mazzucato (2021),[3] and The Deficit Myth – Modern Monetary Theory and How to Build a Better Economy by Stephanie Kelton (2021).[4] The books form a natural sequence and are best read in the above order. Doughnut Economics paints the big picture. It integrates all the strands of the NEM into a coherent whole. In particular, it lays out the ethical and ecological foundations of the New Economy. A Moonshot Guide on the other hand demonstrates how, once a set of ethical and ecological principles have been accepted, governments can galvanize a society to, for example, abolish poverty or work towards a net-zero carbon economy. The book’s title comes from the commitment that President Kennedy made to land a person on the moon and how all stops were pulled out to achieve that goal. And finally, The Deficit Myth explains why poverty and unemployment are the result of deliberate policy choices made by politicians and are not some unavoidable (if unfortunate) byproduct of governments having to balance budgets under severe financial constraints.

Kate Raworth begins her book by reminding us of the “power of pictures”. She believes that generations of economists have been unable to escape the grip of neoclassical economics (despite its obvious failings) partly because they have been imprinted with the images in Paul Samuelson’s texts. Her solution is to imprint a new set of images that better correspond to the real world. Her first image is a “doughnut”, consisting of two concentric circles. The space in between them is the doughnut. The outer circle represents the ecological constraints within which any economy must operate if it is to be sustainable. The inner circle represents the minimum wealth that an economy must generate if its people are to enjoy an acceptable and equitable standard of living. A sustainable economy must sit within these constraints, hence doughnut economics. Outside the doughnut leads to ecological collapse – the hole in the centre leads to social collapse. Raworth identifies nine key ecological indicators (proposed by an international group of earth-system scientists) and 12 key social indicators (derived from the United Nations 2015 Sustainable Development Goals) to identify the bounds of the doughnut. In this sense, doughnut economics is based on science and on real-world data (as opposed to mathematics and unreal assumptions).

Another powerful image is Raworth’s more detailed presentation of the three concentric circles representing Earth, society and economy. Ecologists identify four fundamental ecosystem processes, water cycling, nutrient cycling, energy flows and species relationships. Raworth shows these processes entwining and penetrating the social and economic spheres. Note also that she identifies four “provisioning sectors” within an economy, the unpaid household sector (including for example, child-rearing – what use is a politician if he has not been toilet trained – but you can be sure his mother was not paid for it!), the commercial sector, the government sector, and the Commons. The Commons includes all wealth created by self-organizing groups. Consider, for example, the largest repository of information on the planet, Wikipedia. Note that money (financial flows) only appears in the smallest, inner-most layer of this diagram. GDP (measured in dollars) is no longer the paramount indicator of economic performance. All the principal indicators are measured in real units, for example, tonnes of CO2 released into the atmosphere, the rate of underemployment.

Once the big-picture goals are established, Mission Economy tells us how to achieve them. Mazzucato’s main message is that a strong, highly skilled, and well-resourced government sector is critical to achieving big goals. The elimination of poverty or reaching a net-zero carbon economy will never be achieved by a small, impoverished public service and treasury officials tinkering with interest-rates. Boris Johnson’s recent demand that 20% of the UK civil service be slashed to pay for tax cuts is social and economic suicide. Similarly in Australia, a succession of flood and bushfire disasters over the past three years has revealed the inability of the Australian government to cope with emergencies. Indeed, the message from the country’s conservative prime minister is that it’s not his job!

Apart from reskilling the public service sector (stop outsourcing) and establishing the administrative and physical infrastructure required to achieve big-picture goals, Mazzucato has interesting things to say about the government’s role in creating value.

“The ambition of government should be to set off catalytic reactions across society.” Mazzucato.

Government can infuse (and enthuse) the public service and the public imagination with positive sentiments about big picture goals. The idea is to link ethical values with economic values. Values (in both senses of the word) should be at play in markets. Markets for goods and services, says Mazzucato must be biased towards desired end goals. One way to do this is to tax “bads” and subsidise “goods”. Mazzucato describes this as “shaping markets” and “tilting the playing field” towards goals. Furthermore, supply and demand in a market can be influenced by catalytic sentiments, thereby influencing prices. In other words, economic value is not a static concept dependent on material constraints. Value has psychological determinants, and these can also “tilt” markets towards goals. This introduces a fascinating area of economics which in Prout is referred to as psycho-economics. The discipline is only in its infancy.

Both Raworth and Mazzucato acknowledge the important role of finance in the new economy but insist that it must be subservient to the production of real social and ecological value. This brings us to The Deficit Myth. Kelton is a high-profile economist within the Democratic Party in the USA and has acted as advisor to Bernie Sanders. She is the best known of a growing number of advocates for Modern Monetary Theory (MMT). MMT attracts praise and condemnation in equal measure — condemnation because MMT’s critique of the financial system gets to the heart of capitalist exploitation and praise because MMT states that there is no purely financial constraint that stops governments from achieving full employment and eliminating poverty. Poverty is a policy choice made by governments who are protecting the wealth of those who are already wealthy. One of MMTs proposals is the Job Guarantee, which makes it attractive to public welfare groups who already know that there is something rotten at the heart of capitalist finance.

This is not the place to elaborate on MMT. Even advocates admit that it takes time to “get your head around it”. But one of the most common attacks on MMT is that policies such as the Job Guarantee would be inflationary. MMT advocates are at great pains to explain that they are not proposing the unrestrained printing of money. What they are saying is that all capitalist economies are grossly underperforming and not utilizing the resources available to them. High levels of underemployment (currently running around 16% in Australia and 24% in the youth age-group) are, by definition, indicative of a stagnant economy. MMT says that creating jobs for the unemployed is not inflationary if those jobs produce value. And this returns us to Mission Economy and all that the government sector can do to co-create value with the sectors of the economy.

Despite the maturity of the New Economics, there remains much that the Proutist perspective can offer. The five fundamental principles offer a solid theoretical underlay to Raworth’s powerful pictures. The three-tier enterprise system, socio-economic units, block-level planning, and economic decentralization are frequently implied in the NEM literature, but the ideas could be much further developed. What the NEM offers is an emerging progressive movement with whom it will be possible to grow a new economy.