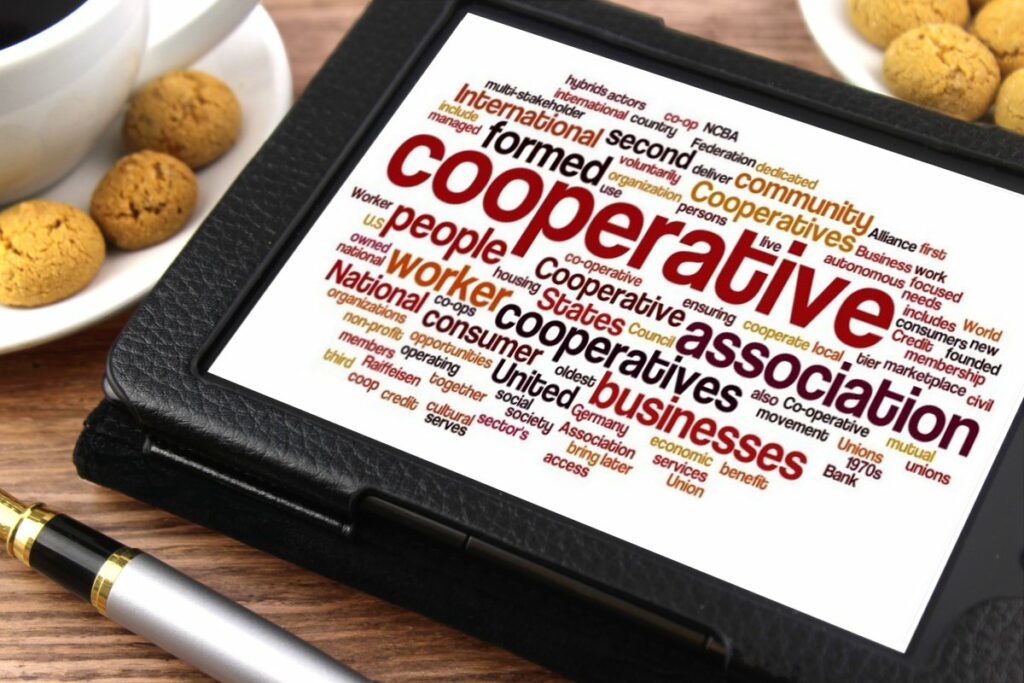 A major tier of a Proutistic economic system is worker-owned and operated businesses. This model is in contrast to the current “chain store” phenomenon that we see in much of the world today, where capital has been concentrated privately and allowed to accumulate in the hands of fewer people, and where business owners have turned their businesses into major corporations, often crowding out local family-owned businesses and small-scale retail stores in the process. To use an agricultural term, this phenomenon represents the monoculture or homogenization of the economy, in the sense of having acres and acres of land dedicated to the commercial production of a single crop, i.e., soybeans or corn, as we see in the United States. We know that this model of monoculture agricultural production is devastating for the environment. It requires large amounts of chemical and synthetic fossil fuel based fertilizers and pesticides, depletes the health of the soil as a living organism, drastically reducing natural flora and fauna of the local area and reducing the diversity of nutrient sources for all the living organisms that once thrived locally. We know from research that pollinators, so crucial to the health of our ecosystem, have been devastated by this model of agriculture.

Similarly, the growth of these major “chain stores” phenomena has wreaked havoc on the health of the economic ecosystem. Locally-owned businesses and stores give a town or city a sense of place, character, history and identity. They contribute to the natural diversity of our economic ecosystem. They allow locals to feel a sense of ownership and stewardship. Some businesses have been operated by a family for generations and represent local people who have fully merged their socio-economic interests with the interests in their region. They care deeply about the overall health of the area and know that their children and grandchildren will be impacted by any long term trends. Local people usually have a desire to protect both the environmental and socio-economic health of their local regions. In Prout, these local people are crucial and should be the people involved in making important decisions about various economic policies and regulations including land use, zoning, land management and conservation.

Recently, in the United States, a handful of employees who work for Starbucks – a major international corporation with almost 9,000 stores in the United States – started the process of trying to form a union to meet their needs for more adequate labor compensation. Recently, the employees of the Buffalo, NY, Starbucks voted to form a union, making them the very first Starbucks in the United States to opt for unionization. The workers have not felt adequately protected or appreciated, especially during these challenging times of pandemic. The top tier management of the corporation tried to convince them otherwise, referring to these employees as “partners”. (Buffalo Starbucks Workers Vote for Union at 1 Store – The New York Times)

The universally recognized seven principles of cooperatives include voluntary and open membership, democratic member control, member economic participation, autonomy and independence, education, training and information, co-operation among co-operatives and concern for community. This last principle especially makes it essential for co-operatives to research where their supplies are coming from; to make sure the components that they need to operate their business are not coming from child labor, from exploitative or oppressive working conditions, from a process that pollutes the air, water and soil and that contributes to climate extremism. (This could be a separate paragraph from this point on) Cooperatives aim to create a network of good-paying jobs in local communities that create opportunities for young people to find employment in regions where they grew up in and for older members of the workforce to age in place, minimizing economically induced dislocation. We support workers, such as the recent case of the Starbucks employees, in their efforts to unionize and enhance their overall compensation and benefits, and we also envision a transformation of our current model to one that highlights the unique characteristics of each region of the world and creates a conducive environment to all residents in achieving a dignified livelihood and self-determination.

P. R. Sarkar, the founder of Prout, in discussing the subject of labor disputes, said that “Labour disputes have become a chronic disease everywhere in the world today. There may be a temporary solution to this problem by accepting the rights of labourers in management, granting them some dividend out of the net profit, setting apart some amount for reserve funds and sinking funds for creating fresh capital and interest on this capital, and distributing net profits among labourers. But this is not a permanent solution. The permanent solution lies in the large scale implementation of the cooperative system and the socialisation of land, industries, trade and commerce.” (Talks on Prout, Prout in a Nutshell, Volume 3, Part 15)

If workers own their own business and fully participate in all aspects of how the business is run, they
would naturally want to make sure that the business is sustainable and offer all workers a living wage with an adequate compensation package, particularly health and retirement benefits. Worker-owned cooperatives are more likely to seek out other worker-owned cooperatives for supplies and services that they may need for their own operations, thereby contributing to the health of the “eco-system” of cooperatives in the local area. Cooperatives are also more likely to purchase fair trade goods for their business.

For example, as in the case of Starbucks, a huge corporation will seek out a major coffee supplier that has a massive scale and can supply their almost 9,000 stores with a reliable and steady source of relatively cheap coffee. Such commercially grown coffee very often requires the use of large amounts of harmful chemicals to protect the coffee plants from pests. This model represents the fossil fuel intensive monoculture agricultural production that has contributed to severe loss of wildlife habitat and extreme climate events. We know we need to move away from this model and embrace a more nurturing vision for the planet. Small family owned businesses and worker-owned cooperatives can develop relationships with small growers and can pay these growers better prices for their higher quality products.

I am a founding member of a cooperative group in Westchester County, New York, the Westchester Cooperative Network, a network that promotes and supports worker-owned cooperatives. We are a collective of community members concerned about the increasing inequities in our society and inspired by the rich ecosystem of cooperatives growing worldwide. We see worker cooperatives as a mechanism to help local people move towards economic self-sufficiency through self-determination. Step by step, together we build a worldwide movement for progressive social and economic change that will guarantee a brighter future for our children and grandchildren.

Nada Khader (Nirainjana) has served as the Director of WESPAC Foundation since 2001. WESPAC was recently recognized by the City of White Plains as a leading force in Westchester County, New York, for peace and justice work for the past five decades. Nada has been a student of Prout, the Progressive Utilization Theory, for more than thirty years and serves as the chair of the steering committee of Prout Alliance, a network of activists and thinkers in North America who are working to implement Prout. Prout is a vision of a just and peaceful world with an economy that works for all people and is based on local self-reliance, cooperation, guaranteeing all people and living beings the minimum necessities of life and ending poverty.

PrevToward a Proutist Policy on Criminal Justice Part 3 of 3
DISRUPTING THE COW: THE TRANSITION TO CELLULAR AGRICULTURENext