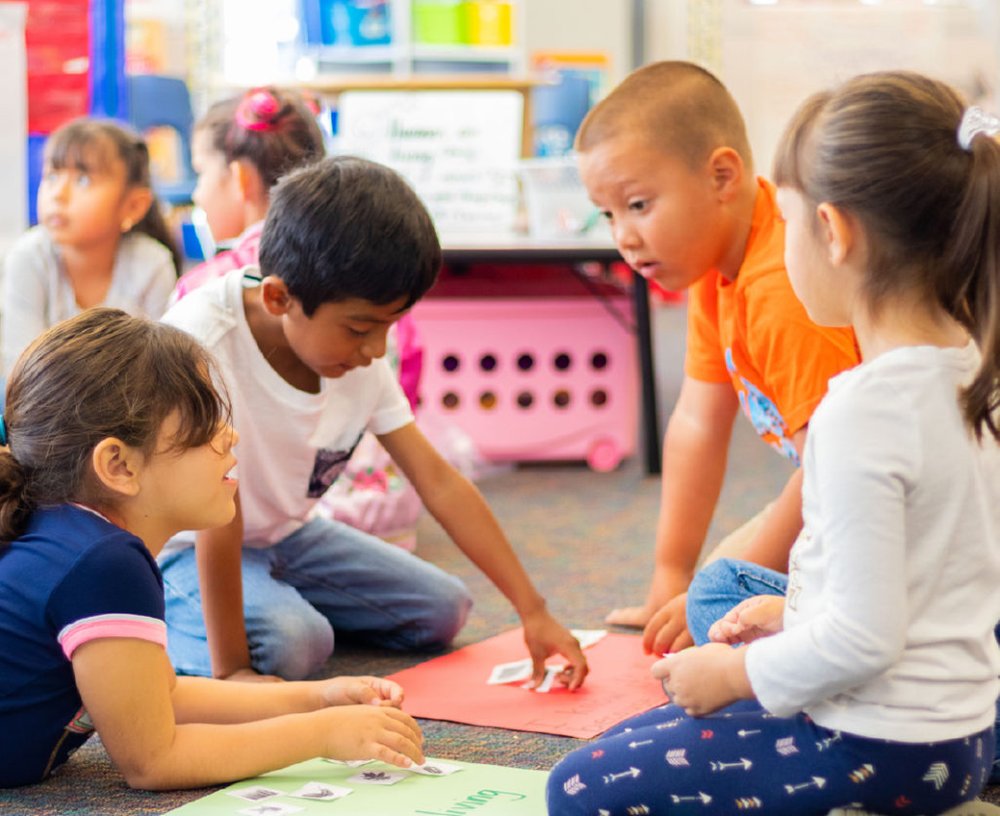 Scenarios of teaching and training in a changing world

A World Development Report “asserts that 68.9% of jobs in India are at high risk – and that number remains at 42.6%, even if adjusted for a lag in technology adoption.” (Verick, 2017). In the United States, economists Carl Frey and Michael Osborne concluded 47% of jobs are at high risk of automation (Frey and Osborne, 2013). The International Labour Organization estimates that 137 million workers or 56% of the salaried workforce from Cambodia, Indonesia, the Philippines, Thailand and Vietnam are at great risk of losing employment in the next twenty years (Aravindan & Wong, 2016).

An earlier report by the Foundation for Young Australians provides three dramatic forecasts for 2030 (Brown, 2015). These were:

In a similar vein, the World Economic Forum forecasts in its report, The Future of Jobs that five million jobs will disappear because of automation (World Economic Forum, 2016). It is not just factory jobs, but office workers as well as professionals in law and accounting will also be hit. Mckinsey and Company assert that 45% of “today’s workplace activities could be done by robots” (Wright, 2016). In Australia, The Committee for Economic Development in Australia argues that 60% of all jobs in rural and regional Australia are at risk by 2030 (Tuffley, 2015). In addition, the International Labour Organization predicts that as Adidas shifts shoe production back to Germany (robots are far more cost-competitive than labour) that up to 90% of Southeast Asian workers could face unemployment due to automation (Hoskins, 2016). The former Bank of England Governor, Mark Carney, warned that: “Up to 15 million of the current jobs in Britain” – nearly 50% of  31.8 million workforce – could be replaced by robotics and artificial intelligence over the coming years as livelihoods were ‘mercilessly destroyed’ by revolutions in technology. He argued that not just administrative, clerical and production staff would be under threat but entire professions such as accounting would likely disappear (Duncan, 2016). Going further, Ruchir Sharma, chief global strategist at Morgan Stanley Investment Management, argues that “before long economists [will] be worrying about a global shortage of robots”(Sharma, 2016). Indeed, recently “speed factories” or robotic factories would be moved back to Asia, that is, as the headline states, “European robots losing jobs to Asian robots as Adidas shifts manufacturing” (Parson, 2020).

Given these trends, what is likely to occur. While we cannot say what will happen, we can articulate different futures. Four scenarios are possible.

In this future, educators assume youth – high school and university students – will have one job, one career and live in one nation. For students and teachers, it will be like living in a prison cell (wasting their time, and when they are free, they will be irrelevant). As the economy shifts, large sectors will disappear. The story line would be: “teaching for jobs that no longer exist.” As William Bossert, a Harvard Professor who taught computer sciences in the 1970s, recently commented: “If you’re afraid that you might be replaced by a computer, then you probably can be and should be” (Colvin, 2015).  Dystopian images of the “last job on Earth” and riots against the new technologies are likely (Riley & Paddison, 2016). However, it is worthwhile remembering that prior to the alarm clock, “knocker-uppers” woke up factory workers by banging on bedroom windows. Transitions to new economic eras are fraught with challenges. Transitional strategies are crucial. There are clear implications in this future. If national educational systems do not challenge traditional models of pedagogy, they will fall behind. This is true between nations and within nations as well. Over time, this will create a dramatic two class system: those who are future-ready and those hoping for the past to return. They will have been “Kodaked.”

(2)  Teach and Train for Incremental Change.

In this future, through national broadband networks, the speed of access to information changes, but there is no real change in social infrastructure. Academic hierarchy continues. Classrooms remain ordered in rows. Knowledge is about repeating information. The story line would be: “too little, too late”. For students, they will face a disconnect between virtual world/peer-to-peer networks and the formal industrial educational system. They will be physically in class, but mentally far away. This marginal change scenario, while likely to continue, is being challenged by COVID-19. The lockdown caused by the pandemic is forcing educational institutions to shift. Marginal change when the rate of change is steady can be an acceptable strategy. But if the river current is quick, and one does not keep up, then drowning is likely to result. While most educational systems are slow to adapt, this scenario suggests that as technological innovation continues and as events like COVID-19 force virtualization then finding ways to match skills with emerging jobs is crucial.

(3)  Teach and Train for Emerging Industries.

In this future, high schools and universities, indeed, the entire educational system, teaches for current emerging futures. Retraining is crucial as it was in the shift from agriculture to industrial. For example, farming throughout the developed world was once the largest labour source. In the USA, technological advancements in farming have reduced labour from “10 million in 1950 to 3 million in 2010” (Hiner, 2015). “Similarly, back in 1901, 200,000 of England and Wales’s 32.5 million people were employed in the clothes-washing business, and by 2011, just 35,000 in a population of 56.1 million are flying the launderers’ flag” (Crew, 2015).

We are in the midst of a similar structural change to the next economic revolution. The curriculum will likely be focused on the following areas (Moran, 2016):

Teaching will be focused on preparing futures not just for the new jobs, but in a world where many traditional jobs will disappear. The focus will be on teaching flexibility as some students will have portfolio careers – what they can do, not positions held – and multiple careers (changing careers every few years). Some will stay focused in one area, but many will wander innovating to create new types of work. Technology will create new categories of jobs, some unimaginable through today’s lenses.

Students find their needs met, they are excited about education and blend easily between formal high school and university and their own virtual peer to peer learning frameworks. The value added is not problem solving as computers can do that with ease, but with defining the problem and with being alert to how the nature of the problem keeps on shifting, that is, we are embedded in complex adaptive systems that change as we intervene in the system, as we solve the problem. Indeed, Ruchir Sharma argues that with the rise of robots, we will soon likely learn to “treasure our robots “(Sharma, 2016). Indeed, in nations such as Germany, Japan and South Korea that are already employing robots, the job picture is strong, that is, roboticization will create new types of work (Sharma, 2016). The ability to use, live with, understand, co-evolved with new emergent technologies will be a critical competitive advantage in this future. A tag line for this future could be: “How well do you get along with your green robot?”

For nations, adapting to this future not only ensures competitive advantage, but reduces social unrest. Students are learning to develop skills that the economic system needs. They are becoming futures literate. However, this strategy requires consultation with all stakeholders to succeed. Parents, ministry bureaucrats, educational administrators and leaders will need to see the benefits of innovation.  A dramatic change in narrative might be necessary.

Thus, while adapting to the changing world is a necessity, the question remains:  can educational systems do so? The fourth future is even more radical and imagines a world after jobs.

(4) Teach and Train for a World after most Jobs.

This future takes forecasts for the end of jobs seriously, concluding that the emerging efficient, collaborative and sharing economy will likely dominate by 2030. Robotics, the internet of everything and major disruptions will make education no longer about jobs but about purpose, adaptability and meaning.

Techno-optimists argue that smart machines will dramatically economic surplus so “that we could collectively afford to liberate much of humanity from both labour and suffering (Lim, 2016).” With labour transformed, knowledge passing on between generations will not be data-based but about the sharing of emotional, spiritual and new forms of intelligence. Says Meg Bear, former Vice-president of Oracle, “Empathy is the critical 21st-century skill” (Colvin, 2015). Indeed, the main issue will be: “how well do you get along with your robot?” (Fisher, 2015). As AI is best suited for standardized work, performance is not about being like a “lean machine,” but “good at being a person. Great performance requires us to be intensely human beings,” argues Geoff Colvin in his new book, Humans are Underrated. Value comes from the ability “to build relationships, brainstorm, collaborate, and lead” (Colvin, 2015). The shift would not just be from the current corporate model to the sharing economy – Uber – but creating platform cooperativism where drivers own the business – cooperation., that is the PROUT economy. Productivity will likely be higher as there is enhanced buy-in. So, it is not really the “gig” economy as many argue (a recent report suggests that 40% of U.S. workers will be independent contractors or freelancers by 2020), but a true cooperative economy (Neuner, 2013). Of course, with dis-intermediation, some sectors will likely be run by large state or corporate actors who can control because of the economies of scale. But the boom will be in platforms that create new value through cooperation. This leads to greater equity and productivity. Well-being can potentially result. Ideally, in this future we shift from teaching and learning for GDP to a more balanced world where we are focused on prosperity, the planet, people, and purpose.

This scenario essentially is long-term oriented. For most educational systems, designed to produce workers and now talent for jobs, a world generally after jobs is too difficult to contemplate. However, it is essential to do as, even if this future does not result, the act of imagining a radically different type of world helps us prepare for novelty. It truly future-proofs us. Certainly, part of education needs to remain about the larger purpose of civilization, not just national and global competition.

Crew, B. (2015). Technology Has Created More Jobs Than It’s Destroyed in the Past 140 Years. ScienceAlert. Retrieved 11 December 2016, from http://www.sciencealert.com/technology-has-created-more-jobs-than-it-s-destroyed-in-the-past-140-years

Tuffley, D. (2015). Australia must prepare for massive job losses due to automation. The Conversation. Retrieved 10 December 2016, from http://theconversation.com/australia-must-prepare-for-massive-job-losses-due-to-automation-43321

PrevThe issue of pension provision
How can we specifically use the planting of trees to ensure our survival?Next