The family planning initiative during the Emergency of 1976 by the Indian Prime Minister Indira Gandhi was at the behest of IMF and World Bank, which viewed with alarm the rise in India’s population levels. During the Emergency, suspension of democratic rights encouraged the regime to launch forced sterilization to appease the global Loan sharks. It was hugely unpopular with the people, and later no leader made public mention of family planning in the next four decades.

Going back in time, Biologist Paul R Ehrlich in his highly influential book The Population Bomb 1968, made the statement, ”The battle to feed all of humanity is over. In the 1970s hundreds of millions of people will starve to death in spite of any crash programs embarked upon now. At this late date nothing can prevent a substantial increase in the world death rate.” As it turned out, however, the population explosion was a myth. Ehrlich’s forecast was later seen as a reflection of the attempt by the affluent Western countries to restrict the rise of the populations of the developing nations, as they would compete for their share of the global resources, and the affluent countries’ free-run in grabbing them would end.

It is projected that India’s population will surpass China’s 1.46 billion and reach 1.50 billion by 2030. However, new studies do not support these projections and suggest a different trajectory, explained later, in the narrative. India hosts 16 per cent of the world’s population with only 2.45 per cent of the global surface area and 4 percent of the water resources.

Is the Population Exploding?

The answer to the question disrupts the entire debate. Recent trends show that 12,000 years after organised agriculture started, the population of Homo sapiens might well be on the downslide. And for India, population growth might have already stabilised, according to Official data of the government.

Population scientists have postulated a threshold to the number of births that maintains the population’s current level. The threshold is expressed as the Total Fertility Rate (TFR), the average number of children a woman of childbearing age must have. Population above TFR means growth, while that below TFR means decline. At TFR, the population is maintained. For Homo sapiens, a 2.1 TFR would keep the country’s population stable. The number accounts for one child per mother, one per father and an extra 0.1 for children who die in infancy and women who die before childbearing age. The UN Population Division terms 2.1 TFR as the Replacement-level Fertility Rate (RFR). If replacement-level fertility is sustained over a sufficiently long period, each generation will exactly replace itself.

Darrell Bricker, author of the book Empty Planet: The Shock Of Global Population Decline 2019, which predicted an unprecedented global decline in fertility, also said India’s TFR has already reached the replacement fertility rate. Demographer Shireen Jejeebhoy writes that 17 out of the 28 states and 8 out of nine Union territories have reached the replacement level. India’s official data suggests that we are very close to this point now, as many states have, in fact, TFR below 2.1. It means India’s population is about to hit the replacement level – that is, there will be no effective population growth.

The Economic Survey 2018-19 tabled in Parliament and with a chapter on population says, “India is set to witness a sharp slowdown in population growth in the next two decades.” Srinivas Goli, Assistant Professor of population studies, Delhi, says, “the national TFR will dip below the replacement level by 2021.”

“The population problem should be considered in the context of two vital factors – the availability of food and the availability of space. Today human beings have sufficient means to manage their food. (Moreover), the earth is abundant enough in food resources to feed many times more than the present population.

Due to a lack of coordinated cooperation, collective effort, a proper ideology and sound planning, society has been fragmented into many belligerent groups and sub-groups, and rich and poor nations have been created. As a result of this fissiparous tendency, society is presently incapable of producing enough food to meet human requirements.

The tragedy is that even though there are enough resources to supply nutritious food to all human beings on the planet, – an efficient distribution method has not been developed due to the defective socio-economic systems.” (Shri P R Sarkar)

It took millions of years for the world population to reach one billion in 1800 AD. It doubled within just 100 years and soon hit the six-billion mark. The exponential growth as it continues is driven by progress in agriculture, science and medicine. The 20th century West raised concerns about a mismatch between the uncontrollable population and the planet’s limited resources, reinventing a colonial mindset to privilege their control of global resources. It made the books The Limits to Growth and The Population Bomb 1968 influential among the policy-makers of nations to focus on population management and control. The Population explosion theory proved to be a myth. The fundamental trade-off for the population is between natural growth and the sustainable patterns of production and consumption of resources, equitably distributed,  and a sharing economy free from capitalist and bureaucrat monopolies.

Contrary to the fears of mass migration, especially from the developing countries with higher fertility rates, which would lead to overpopulation and environmental catastrophe in the US and the West, the world is witnessing a free-fall of the fertility rate and a population implosion.

Further, several Studies on the threshold at which the planet would not sustain a population have come up with widely varying estimates. Six of the Studies estimate two billion people; seven say four billion; 20 guess eight billion; 14 put it at 16 billion; six claim 32 billion; seven say 64 billion; another two estimate 128 billion. The basis of such vast difference in estimates is the production-consumption patterns adopted by the studies, for example, animal versus plant-based food consumption. According to FAO, the average minimum daily energy requirement is about 1800 kilocalories per person. The Per capita Food Energy Intake Report 2006-08 states that the United States tops with 3800 and Eritrea at the bottom with 1590 kilocalories in its list of countries.

Comparing two groups of Indian States helps understand the difference in their TFR; Kerala and Punjab have 1.6 TFR, while Bihar and UP have 3.4 and 2.7 TFR, respectively. Population dynamics relates to the standard of the life cycle of women. The two groups of States tell the story that the difference in TFR is due to the developed and underdeveloped status of the States. The belief that it is related to the Community or its composition is a myth. The TFR results from three factors relating to women’ – Child marriages, Level of Schooling and Contraception.

The Rise in Contraception:

More women are opting for smaller families and there is a rise in the use of contraception. However, the higher TFR in Bihar and Uttar Pradesh is due to unplanned pregnancies. Around 5 in 10 live births are unintended, unplanned or simply unwanted. The access to quality women and child healthcare explains the low TFR of Kerala-Punjab, while the high TFR in Bihar-Uttar Pradesh are due to deficiencies in their healthcare systems.

World Amid a Baby Bust:

Norwegian Scholar Jorgen Randers, co-author of The Limits to Growth (1972), which warned of a catastrophe caused by overpopulation, now says the world population will peak around 9 Billion before 2050 and fall to half of this by 2100.” What happened is that the world managed to reduce fertility dramatically from 4.5 in 1970 to 2.5 children per woman now by giving more education, health and contraception to women.

Political parties raise the population issue because they need to deliver services and resolve problems hindering better lives for the people, easing traffic jams, better law and order, transport, healthcare or better income etc. When policy-makers fail, the rising population alarm works as a shield for them. Right-of-the centre parties have been observed in countries worldwide to be more vocal – rather militant – about population growth. They target one section of society for increasing the population to derive political dividend.

In his 2019 Independence Day address, breaking from the past four decades of silence, Prime Minister Modi used the term ‘population explosion’. But Modi set the debate on a new trajectory. He equated population control to patriotism. In July 2019, Rakesh Sinha, BJP Rajya Sabha MP, tabled the Population Regulation Bill as a private member. The proposed bill intends to penalise people for having more than two children. Over several years, many states have already enacted penal provisions to control the population or encourage smaller families. However, the reality is, India is depopulating, and such measures are counter-productive and may reverse the gains made so far.

The table below shows the government’s Census-2011 data of States with a sizeable Muslim population. Except for Assam TFR very close to it, all others have TFR below the replacement rate of 2.1, which is projected to fall further. Thus, it belies the myth of the Minority overwhelming the Majority community. But, unfortunately, right-wing groups assiduously propagate the fallacious myth to inject fear and insecurity into society for political gains. 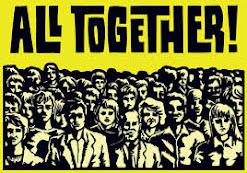 “According to Prout, population growth will automatically find a natural level if the following four factors exist in society.

First, there should be economic liberty in society so that people may get a nutritious diet. In Scandinavia, for example, the people’s purchasing capacity is high, and they enjoy a good standard of living. Because of this, they do not face the problem of overpopulation.

Secondly, everybody should have the right to enjoy sound health. Suppose people have a healthy body and mind. In that case, their glandular system will remain balanced, and they can easily transform their physical energy into psychic energy and their psychic energy into spiritual energy. Through this effort of channelizing the mind in a spiritual direction, the baser mental propensities are easily controlled.

Thirdly, people should be free from unnecessary mental worries and anxieties. When one suffers from mental agonies continually, the mind naturally indulges in baser physical enjoyment to get rid of that unwanted condition. When mental agonies disappear, human beings will enjoy peace of mind and be able to assimilate subtle ideas.

Fourthly, the intellectual standard of humanity will have to be elevated. With intellectual advancement, human beings will develop their all-round psychic potential and easily evolve their psycho-spiritual potentiality. Human beings will attain the supreme stance through continuous effort, merging their individual unit existence into Cosmic existence.

Thus, the population problem is not just an economic problem – it includes economic, biological, psychological and intellectual aspects.