The Benefits of a Vegan Diet 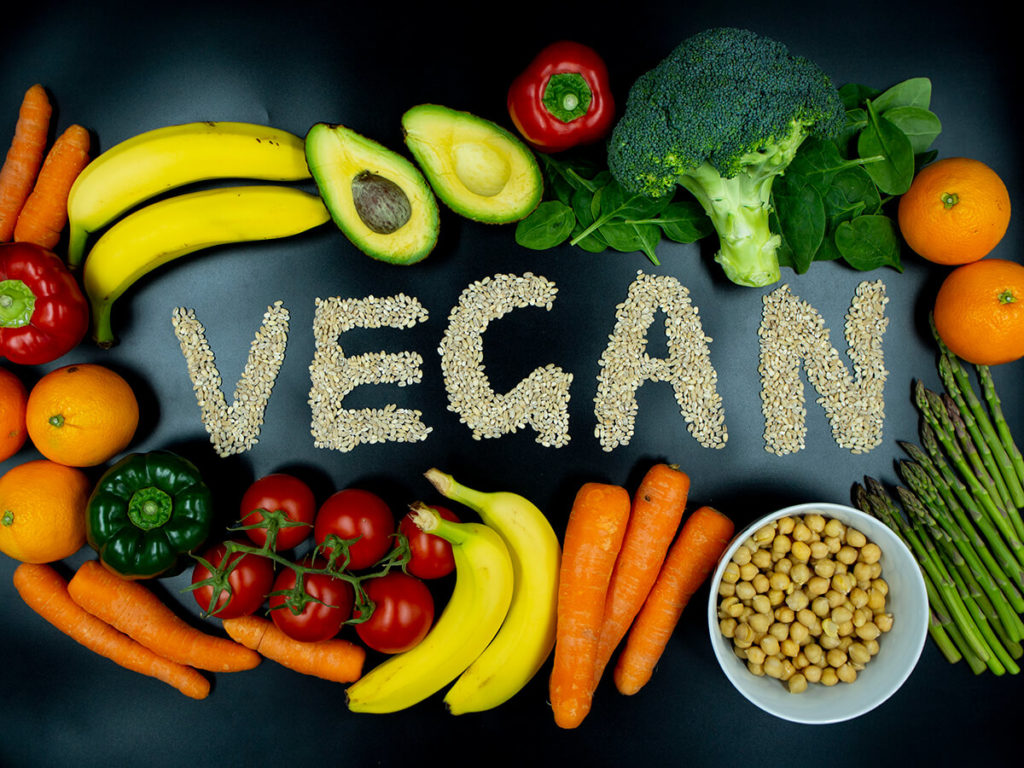 For 46 years I have been vegetarian, meaning I eat no meat, fish, or eggs; four years ago I became vegan, meaning I no longer eat dairy products either. Let me give you five reasons why I think you should consider a vegan diet, too.

First, to stay healthier and live longer. According to the Academy of Nutrition and Dietetics, vegans are less likely to develop heart disease, cancer, and diabetes than meat-eaters are. These diseases are the leading causes of death in the United States. The World Health Organization stated that processed meat causes cancer and that red meat probably does as well. The WHO estimated a total of 600 million episodes of foodborne illness worldwide associated with 420,000 deaths in 2010. The United States Department of Agriculture reports that 70 percent of all food poisoning is caused by contaminated animal flesh.

Vegans get all the nutrients that they need to be healthy, such as plant protein, fiber, and minerals, without the cholesterol and saturated animal fat that clog your arteries.

Lose weight and stay slim effortlessly. Vegans are, on average, up to 20 pounds lighter than meat-eaters are. Vegans are the only group of people who average a normal and healthy Body Mass Index. So if you want to skip the starvation and counting calories, go for plants instead!

Second, to save the planet. Meat is not environmentally friendly. Meat production is wasteful and causes enormous amounts of pollution, and the industry is also one of the biggest causes of climate change. The Worldwatch Institute reports that livestock and their byproducts account for 51 percent of all human-caused greenhouse gases annually worldwide, putting animal farming ahead of transportation in contributing to the greenhouse effect. What’s more, it takes about 40 calories of fossil-fuel energy to create every one calorie of feed-lot beef (compared to only 2.2 calories of energy needed to create plant proteins).

Wild animals have to suffer the consequences as well, because deforestation to clear more pasture land for domestic cattle is a leading cause of the current mass extinction of species that is impacting 86% of all mammals, 88% of amphibians, and 86% of all birds. Overfishing has endangered 33 percent of the world fish stocks according to the UN Food and Agriculture Organization.

Third, to feed humanity. It takes tons of crops and water to raise farmed animals. Fifty percent of grains worldwide are being fed to livestock. The vast lands and huge amounts of water used to grow animal feed and to raise livestock could feed many more people if planted with grains, beans and other crops for human consumption. Becoming vegan can save more than 700,000 gallons of water per person each year.

Fourth, to be kind to animals. Did you know that every vegan saves nearly 200 animals per year? Sparing a life is always the right thing to do, especially if that being is completely innocent. Cows, sheep, pigs, and chickens, are every bit as intelligent and able to suffer as the dogs and cats we often share our homes with. While the meat and dairy industry always show happy animals on their packages, the reality of factory farms is that animals are kept in tiny inhumane cages. Paul McCartney said, “If slaughterhouses had glass walls, everyone would be a vegetarian.”

Fifth, to improve your fitness and state of mind. Most people fear a loss of energy or muscle mass when abstaining from animal products – but quite the opposite is true. Meat and dairy are especially hard to digest, taking much of your energy and leaving you tired. Vegan body builder Robert Cheeke says: “No matter what sport you’re involved in and no matter the level of performance you’re shooting for, you get the best nutrition and plenty of protein from a whole food, plant-based diet.”

In addition to becoming physically stronger, a vegan diet will boost your mood. Livestock are routinely injected with antibiotics and growth hormones, and when they are led to slaughter, their tissue is filled with their own hormones of fear. These hormones can significantly impact your mood and stability. The higher level of antioxidants in fruits and vegetables with lower levels of fats lead to healthier mood states—less tension, anxiety, depression, anger, hostility, and fatigue.

Many people think that becoming vegan means sacrificing all their favorite foods. In fact, vegan food is delicious and you’ll save money, too! Many meat substitutes made from plants are now on the market, too, including Beyond Meat, which approximate the texture, flavor, and appearance of specific types of meat. In addition there are many traditional foods such as tofu and tempeh made from soybeans. When you center your diet around grains, beans, legumes, nuts, seeds and seasonal fruits and vegetables, you might be cutting your monthly food expense in half.

To conclude, a vegan diet will help you to stay healthier and live longer, help save the planet, help feed humanity, be kind to animals, and improve your fitness and state of mind. A vegan diet is delicious, too.