Trump and the Collapse of US Power 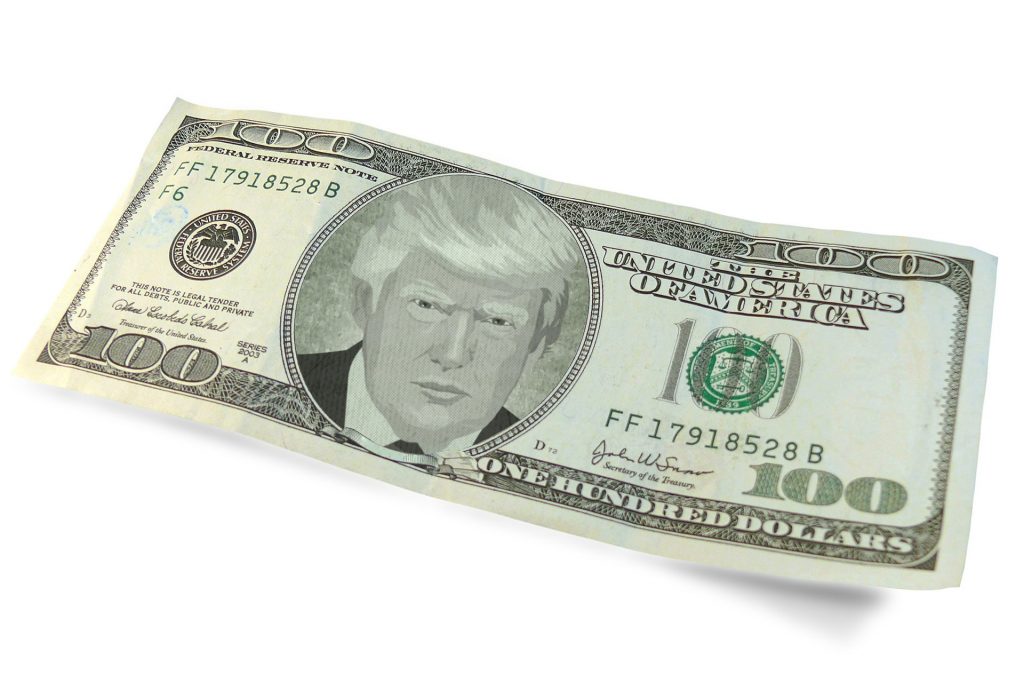 Donald Trump’s signature message since the election campaign has been to Make America Great Again (MAGA). But, as often is the case with Trump, his message does not match reality. Judging from all the damage he is inflicting, MAGA has become the acronym for Make America Groan Again. Not only has Trump created chaos inside the United States, but has also been speeding up the destruction of US power globally. In fact, If Trump had been on a deliberate mission to reduce United States’ power and influence in the world, his current policies could hardly have been more effective.

Since becoming US President, Trump has initiated many new foreign and domestic policies. These one-sided initiatives are often presented as ultimatums with minimum consideration for the other party’s interests. Rather than to try to build consensus and goodwill, Trump tries to ram his policies down the throat of the other party, whether they are allies or foes.

This aggressive approach only works for a nation with absolute power to back it up. In the wake of the Second World War (WWII), the US may have had such unrivalled power, as evidenced by the unique benefits it secured for itself at the Bretton Woods conference. Fortunately for the world, but unfortunately for the United States, it no longer retains that power. While the United States is still financially strong, and still benefits from the advantages it obtained at Bretton Woods, where in fact the US dollar was declared the world reserve currency, there are now other powers strong enough to challenge US hegemony.

This stark reality Trump does not seem to accept. Whenever he negotiates deals, he unashamedly wants them to benefit the United States at the expense of everyone else. Indeed, he acts like the leader of a global empire imposing his will on all other nations by force and coercion alone. This is a great miscalculation, as this one-sided push for advantage and privilege at the expense of all other nations may very likely cost the US the privileges it already has, including the status of the US dollar as global reserve currency.

The status of the US Dollar

Why is it important for the United States that the US dollar is the world’s reserve currency? Because it gives several distinct benefits to the US government, including:

Without this financial power, the United States would not be as rich and powerful as it is today. It would not be able to sustain its nearly unlimited trade surpluses, and would be forced, just like everyone else, to cut down its trade deficit and make sure it exported as much as it imported.

The simple reason the United States enjoys this unparalleled benefit is because other countries accept it. It achieved these benefits at a time its power was unrivalled, and still, if it handles its affairs properly, it may have the power to maintain those privileges. Any nation, however, trying to challenge this world order experiences an immediate backlash from the United States, who often stops at nothing, even armed aggression, to prevent it. [1]

But the acceptance is not unconditional. Other countries know very well that the system gives an unfair advantage to the United States. They still accepts this onerous situation because firstly, there is no ready alternative available, and secondly they expect the United States to take on certain responsibilities, and because other nations think that they will reap benefits from the stability this financial order provides to the world.

In the case of Europe, the most important aspect is probably that the United States, through NATO, provides a security and buffer against expansionism in Russia. Europe is in no position to defend itself against Russia without the help of the United States, so it is a strong bargaining chip. But what if Trump actually makes good on his threat to pull out of NATO and pull troops out of Europe? The sentiment to allow the United States to maintain its monetary privilege would soon run out, and the EU would look for alternatives. Trump naively thinks that these military expenses are an unacceptable cost to the United States, while in fact it is an insignificant investment compared to the benefits the United States reaps from keeping the US dollar the world reserve currency.

Take the case of China; it has an important export market in the United States. If the Chinese can no longer profitably trade with the United States due to high, punitive tariffs, their high tech companies may be singled out for punitive actions and blocked from accessing global markets, And if they do not see any way to reverse this trend, what prevents them to start to trade with the EU in Euros, and other countries in Chinese Yuan?

Even in the short run, the tariffs on Chinese goods are counterproductive. As there are no real alternatives at the moment for much of the Chinese goods, the United States will continue to import from China. Therefore, it is not China that will suffer the most, but the American consumer. They are the ones that will pay the tariffs as increased cost on the goods. So, while Trump reduced taxes on income, which predominantly helped the rich, he imposed an indirect tax on all consumers, which will predominantly hurt the average person on the street. So, Trump’s tariff policies directly benefit the rich while hurting everyone else. No surprise there.

On the other side of the coin, Chinese tariffs on United States farm products, in particular soya beans, which China imports in large quantities, can be sourced in many places. Since the tariffs make the imports expensive, China started to buy from other sources. It is already difficult for American farmers to find new markets that can match the Chinese in size, so it could permanently cripple US agriculture, as well as his own rural vote. And what has Trump done to solve this problem? He has bailed out US farmers to the tune of $14 billion. And who will pay the bill? US taxpayers, of course. In plain spoken American, that’s called to shoot oneself in the foot.

The irony of the United States raising tariffs on China is that the country fought very hard to get the principle of free trade accepted at the Bretton Woods conference. The result was the General Agreement on Tariffs and Trade (GATT), which later would become the World Trade Organization (WTO). This was the biggest free trade agreement to date, which basically ensured the United States unrestricted export markets all over the world. At that time, the United States had an enormous trade surplus, and no other country was efficient enough to compete against American goods. Hence, free trade benefited the United States.

Now, the situation is reverse. The United States runs a huge trade deficit and cannot compete against China and other nations in the production of most goods. Hence free trade is no longer a one-way street for the United States. There are both pros and cons.

In the first decades after Bretton Woods, the United States was not worried about losing competitiveness in low value-added products, as long as it had the lead in high tech gadgets and technologies. But China is now challenging the US high tech industries, and that must be an enormous threat. The tough sanctions Trump has imposed on the Chinese tech giant Huawei has probably more to do with a genuine fear of China outcompeting American high-tech companies than with worries about its technology being used for spying. After all, as we learned from Edward Snowden, the United States is effectively spying on every individual in the world, both friends and foes alike. The latest move to press all allies to not allow Huawei technology in the new 5G networks and to order Google to restrict the use of its Android operating system on Huawei phones are very aggressive moves designed to cripple the whole company in the global markets.

All US post war presidents, with the singular exception of Trump, understood that the net benefits of free trade to Americans far outweighed the drawbacks, They also understood that the United States must maintain and support its allies in order to keep its privilege of having the US dollar being the reserve currency of the world. Maybe Trump is simply too naïve to understand these complex relationships. Consequently, he is achieving exactly the opposite of what he is aiming for. Hence, Trump is likely to go down in history as the president who initiated the downfall of US global power, and the unravelling of the global monetary system anchored in the US dollar.

[1] According to some accounts, the real reason for invading Iraq was not Weapons of Mass Destruction, but the fact that Saddam Hussein was preparing plans to sell oil in other currencies than US dollars. While it is hard to tell if this is true, the argument is quite plausible. If one country can get away with it, it could start a trend that would eventually destroy the most valuable asset the United States has: keeping the dollar as the only currency used in international trade.