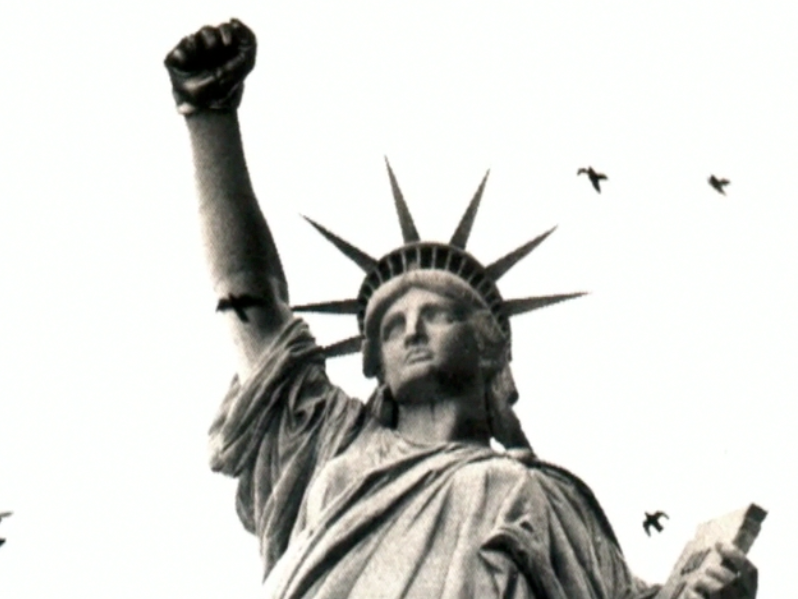 The Cold War era was, in a nutshell, a display of might between two belligerent ideals contending for hegemonic supremacy of the world stage. As we know, it eventually culminated with the swift collapse of the communist colossus in the early 1990s. The system of centralized ownership and planning was an expensive, ineffective and corrupt bureaucratic machine which eventually suffocated the economy, leading to popular revolt. This major event set the tone for the world’s economic development for decades to come.

Today, the predominance of the capitalistic system seems all but unchallenged. China, in an effort to avoid the same fate as the USSR, began economic reform in 1978, when it started to decollectivize agriculture and open up the country for foreign investment. With its special economic zones, China today displays a type of market economy which came to be known as “socialism with Chinese characteristics.” Nevertheless, even though it has seemingly achieved significant strategic power, China is starting to pay the cost of its economic achievements. The inherent difficulties to unregulated progress are evidenced by the current environmental problems that the country is now facing air, water and soil pollution, habitat destruction and desertification. The New York Times reports that the country burns 47% of the world’s coal. Air pollution in Beijing has become so impenetrable that the U.S. Embassy’s air quality measuring station can only call it “beyond index.” More than half of China’s surface water is so polluted it cannot be treated to make it drinkable. Despite recent gains in reforestation and grasslands restoration, the desert continues to expand each year by about 2,460 sq km, according to the World Wildlife Fund. The resulting loss of arable land has created a generation of “eco-migrants,” the Guardian reports, who are forced to leave their homelands because their traditional agricultural lifestyle is no longer an option. This translates, among other things, into a growing need for imports of essential goods to meet population demands. Though these facts may seem alarming, they are just the undesired (and often undisclosed) consequences of a system where profit is the only guiding motive for companies and governments alike.

While in communism we have economic centralization through state-owned industries, in capitalism we have centralized power through monopolies of multinational mega-giant corporations. It is naïve to think that neoliberal capitalism provides a democratic solution for the world’s market structure. Capitalism promotes anarchy of production, where the development of resources and technologies are not in congruence with people’s needs. Just recently it has been reported that in Cristobal de las Casas, a town in Mexico, water shortage caused by Coca Cola’s agreement with the Mexican government to draw more than 1,100,000 litres of water per day is making people turn to drink Coca Cola as an alternative to water. They even use it as currency and religious offering. This has caused a spike in rates of obesity, malnutrition, hypertension and diabetes. This may cause shock, but it’s far from being an isolated incident. Cases in which multinational companies cause harm to people and the environment is commonplace.

“Capitalism has failed” is a frequently uttered sentence these days. From intellectuals to grassroots movements, the failures of capitalism seem blatant and obvious. On the other hand, conservative thinkers remind us of the failures of the communist experiment in the east, in an attempt to ascertain capitalism as the only viable way to run the world’s economic system. PROUT offers a new perspective. We consider that unless we have an economy based on local production, sustainably catering to the people’s needs, we will never be able to battle against the looming environmental and social catastrophes.

PROUT is essentially a market economy. We believe in freedom of initiative to be one of the main driving forces in a flourishing market, which ultimately makes for an abundance of varied and high-quality goods. However, we recognize the impending dangers of a market driven by self-interest and greed. For that reason, in a PROUTist system there would be a strong role given to regulation. We understand that each community knows its needs, potentials and weaknesses better than a central government. For this reason, PROUT promotes economic democracy: a decentralized economic system where the means of production are given back to the people through the propagation popularization of worker-owned cooperatives, which together would provide the means to set the agenda for the development of their region. Economic democracy is characterized by an emphasis on the decentralization of economy, while providing a strong regulatory element in all areas where there is potential for abuse (such as the environment, or product safety), ultimately providing for the population’s well-being. In an economic democracy, a situation such as that in Cristobal de Las Casas would not be allowed to happen.

According to PROUT, value is meant to circulate first and foremost within the local community. Therefore, it would be illegal for foreign companies to establish a base and exploit the resources of a region, siphoning the profits made from it to investors all around the world. The significant water supplies in the town should instead be used for the development of the local region. By taking advantage of the kinetic energy produced by water currents from the rivers, cheap and clean energy could be generated. The abundance of water could also be utilized to modernize the production of textiles that has existed in the region for centuries, bringing a rise in the standard of living of the entire population.