UN Warns of Global Collapse: So How Can We Prevent It? 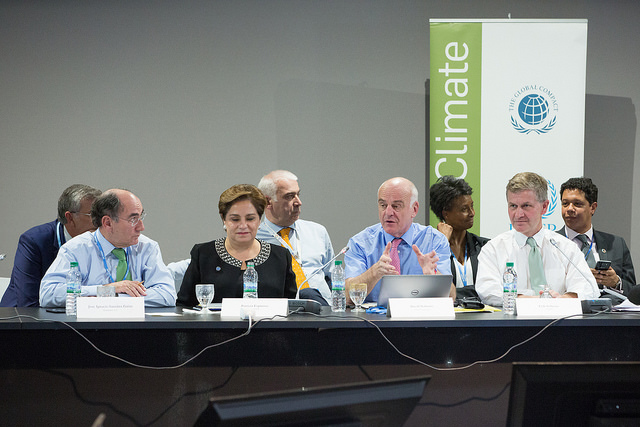 In a recent report, the UN comes with a stark warning: The global capitalist system is on the verge of collapse. Those are the dire implications of a new scientific paper prepared by a group of Finnish biophysicists. The team from the BIOS Research Unit in Finland was asked to provide research that would feed into the drafting of the UN Global Sustainable Development Report (GSDR), which will be released in 2019.

The BIOS paper suggests that much of the political and economic volatility we have seen in recent years has as its root cause the global environmental crisis. “We live in an era of turmoil and profound change in the energetic and material underpinnings of economies. The era of cheap energy is coming to an end,” the authors of the paper write. “We face a form of capitalism that has hardened its focus to short-term profit maximization with little or no apparent interest in social good.”

This report comes at an important juncture for humanity, a time when the very foundation of our economic system is questioned. But what is the reason why capitalism has brought us to the brink of global collapse? More importantly, what do the UN suggest as the alternative to capitalism?

The Gifts and Failures of the Greens

One of the main gifts of the environmental movement has been to show us some of the fundamental flaws of capitalism. For example, that true wealth has little to do with profit and more to do with people’s overall wellbeing. The greens have also managed to present a new macro-economic vision where sustainability trumps growth, where consumption for real needs and not mindless consumerism guides economic planning, and, most importantly, they have emphasized the need to establish environmental and resource limits on economic activity.

What the greens have overlooked, however, is the very foundation of capitalism and its power–the alluring and sinister profit motive, the structurally inbuilt growth impulse in capitalism, which will always trump all other visions and needs, unless we restructure the macro-economic system itself. And since the green movement has overlooked this issue, it has most certainly been overlooked by mainstream economists as well as political parties. It is for this very reason we are in this dire predicament: on the precipice of a man-made global disaster.

“The most important aspect of capitalism, its objective function, is to maximize profit,” says economist Jaroslav Vanek of Cornell University.1  For this reason alone, capitalist firms do not like environmental regulations; they do not like to be told to add environmental costs to the profit equation. They will fight that possibility at every turn of the way. It is for no other reason than this that greenwashing—when companies spend more money or time advertising they are green than actually being green—is so common. This is also why an unregulated capitalist economy and a democratic and sustainable economy are incompatible. And this is why the very foundation of capitalism—the profit motive–will also lead to its downfall.

With this looming global crisis on the horizon, we have two choices: we can, as we do today, make incremental or half-hearted changes through consumer choices and painstakingly slow legislation. The result of these kinds of policies would result in a Titanic blunder; we would certainly hit the looming icebergs ahead and go down with the global ship.

Our only choice now is to make fundamental changes; to facilitate a democratic but revolutionary change in the economy. This new economy’s objective would not be to maximize profit but to maximize the welfare of people and the environment through better participation and planning.

We must restructure the entire economy, or else the old economic vision will continue to drive economic concerns. We will continue to look at nature as a free lunch and a sink hole to dump our waste in. But rhetoric aside, what is the main problem with the old economy? It is the size and goal of the capitalist market, its inevitable nature to grow and concentrate wealth and compromise human and environmental concerns. This fundamental issue—that it is inadequate to simply reform the capitalist market—has not been compellingly addressed by neither the left nor the green parties, nor the leftist or the environmental movement at large.

It is an understatement to say that our economy is dependent on nature for its survival and continued growth—the economy is part of a living environment composed of nature and humanity, and can only thrive if nature and humanity thrives. As humans we thrive best when living in harmony with nature and human culture thrives in expressing its reverence for nature. But if these qualities are lacking in society then humans suffer another form of poverty—spiritual poverty. With the right economic and environmental policies, it is possible to create an economy that continues to exist and thrive, both culturally and economically, coevolving with nature herself, in virtual perpetuity. Such an economy will be decentralized, restructured, democratic, culturally rich and circular. Here are, in a short summary, a set of comprehensive recommendations that can form the basis of a green economy that is more democratic, equitable and sustainable:

The main reason why there has been little progress in implementing the kind of environmental policies outlined above is not because we do not have solutions, it is simply because there is no global consensus on what the problem is—that capitalism’s bottom line, profit-driven economy is fundamentally incompatible with a sustainable economy. Hence, in order to avoid irreparable damage to the ecosystem from global warming, and to avoid political instability and widespread poverty from resource depletion, we need not only more reforms, we need economic systems change. There is simply no other alternative.