Prout Norway Marches for the Promotion of Local Fodder in Agriculture 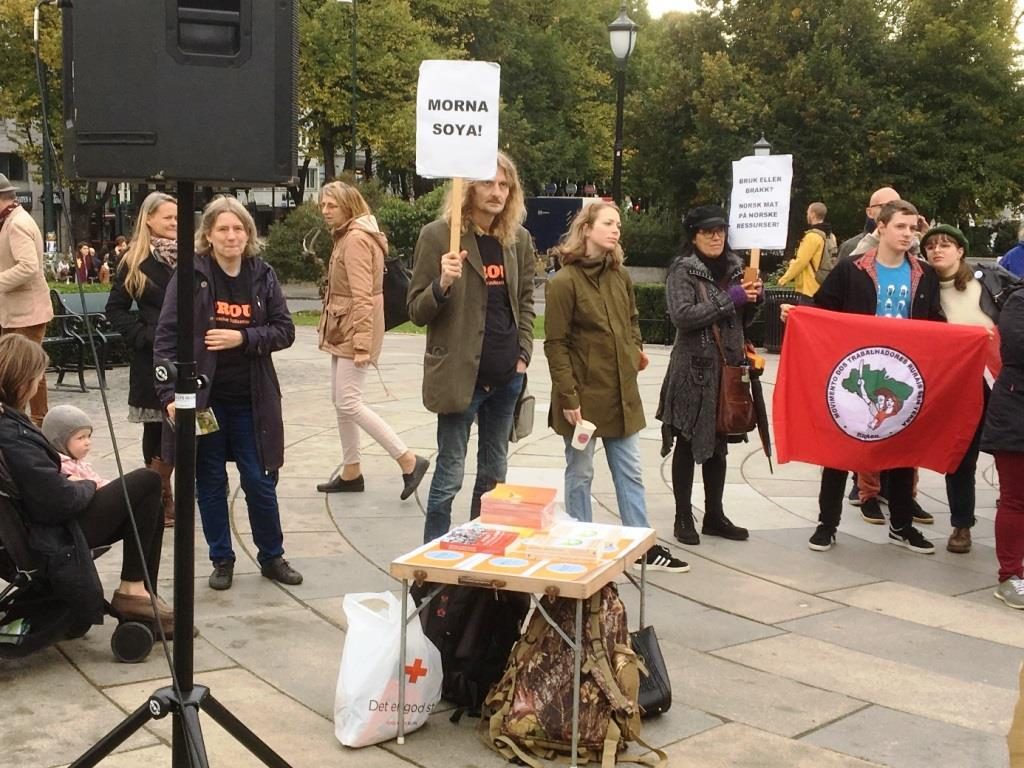 On Saturday, 29th September PROUT Norge (Prout Norway) participated in the demonstration they had catalyzed to raise consciousness about the import of soy from Brazil as feed for livestock and fisheries. Approximately 100 participants gathered including members and activists from LAG (Latin American Groups of Norway), NU (Nature and Youth), and Nyt Orientering (New Orientation).

The protest received significant coverage in two major newspapers, Nationen (The Nation) and Aftenposten (Evening Post). Prior to this action on the streets an article by Ole Morten Lyng discussing the topic was widely circulated in various media.

In recent decades, Norwegian agriculture has been portrayed as being an important part of developing the local economy, especially dairy and pork production. Traditionally the feed for livestock has been based on hay or other products grown in Norway. After the development of power feed, fish oil and fish products have been used.

Nowadays however, soy imported from huge farms in the Brazilian savanna of Mato Grosso, comprise 50% of the ingredients in the power feed. The Brazilian soy farms are based on mono culture farming and are very harmful to the environment. Usually the original small farmers, many of whom were native peoples, have been expelled, bought out or otherwise gotten rid of. Many of them now work as seasonal farm hands, more or less in what can be termed as slave conditions. Along the main routes one can find collections of shacks where these people live.

The owners of these farms are normally agro investors who speculate in big farming. They belong to the Brazilian elite, living in the big cities, who control and determine the direction of this socially and economically very divided country. Amagii, the corporation that owns and controls the soy export to Norway also holds majority stock in Denofa, the Norwegian firm that imports the soy.

Fish farming is another important area of production that brings great revenues to Norway. In fact it comes as second or third after oil exports. The fish feed also depends on Brazilian soy. The same applies to the fish farming industry as to animal rearing.

For Norwegian agriculture and fish farming to depend on imports from the other side of the world is unacceptable. It is receiving more attention these days and therefore efforts have been initiated to find local alternatives. These efforts need to be intensified and given priority. Norwegian authorities insist that the soy imported complies with Norwegian regulations regarding insecticides, pest control and rain forest destruction. Amaggi insists upon the same. There have been investigative delegations on site in Mato Grosso from Norway, from LAG as well as The Future Is in Our Hands (Framitden i Var Handen), to check for compliance with the regulations. They were allowed to visit the offices of Amaggi but not the individual farms in question.

It’s difficult to guarantee the so-called Norwegian farms are adhering to best environmental practices or whether they comply with Norwegian rules or not. Even if they are, the underlying problem of Norwegian economic self-sufficiency remains. And the status quo only perpetuates a highly unjust agricultural system that harms the local population as well as the environment. Moreover, monocultural faming is a global problem that threatens the planet as a whole. 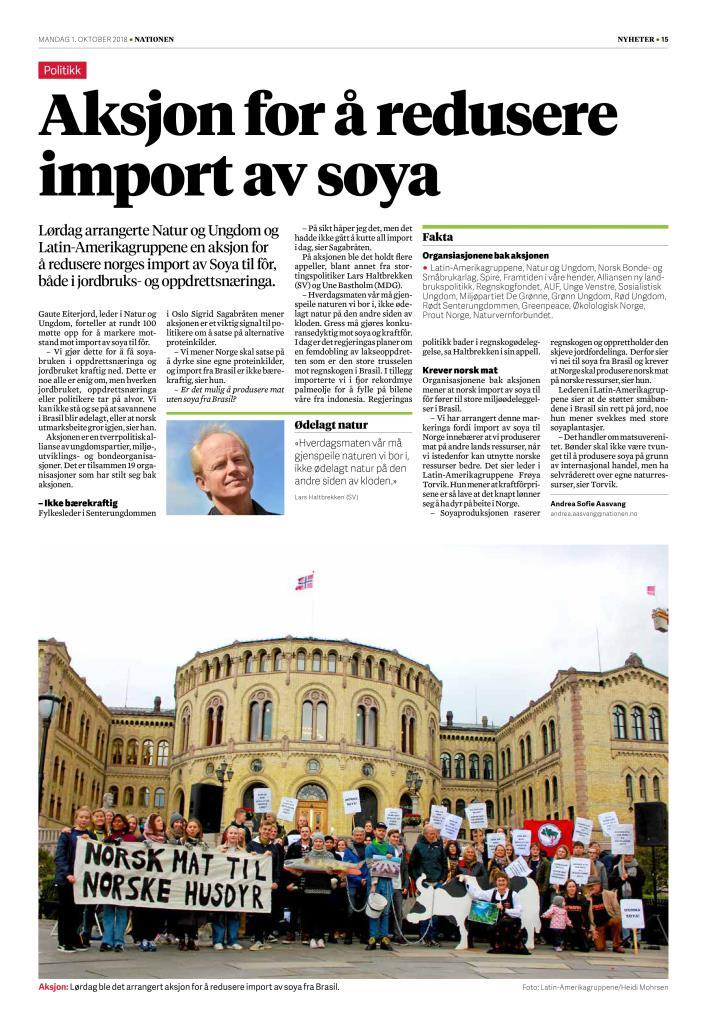