Making the Unthinkable the New Norm 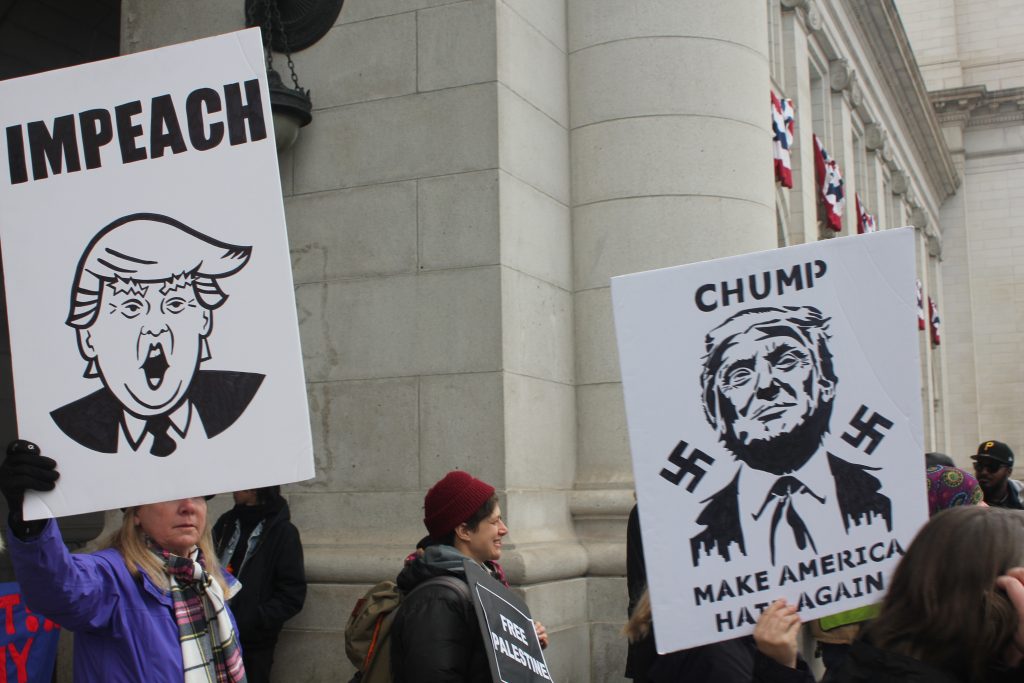 If a politician a few years ago had been overheard saying that he could get away with touching a woman’s private parts because he was famous, that would have made him unelectable. Not any longer.

In spite of numerous profanities, lies and vicious attacks on anyone who disagrees with him, or simply stands in the way of his objectives, Donald Trump is as popular as ever with his supporters. In a drastic departure from established politics, it seems that these vile outbursts increases the intensity of his support.

One reason for this shift in perception might be that, for a change, people see in Trump a person that talks and acts much like they do, not as a politician. For many people, when they get angry, it is common to simply say what’s on their minds, damn the consequences. There is something very American in that frankness of spirit. So when they see Donald Trump do the same thing, they can identify with him and see in him a different person from the glib, hypocritical politicians they are used to listen to.

More than being an isolated phenomenon, Donald Trump has spearheaded a shift in the civic discourse in America, if not the world. Ideas that were previously unspeakable are now expressed openly, and political acts that were unthinkable before are becoming the new norm. Restraint and efforts to be diplomatic and polite seems no longer to be in vogue. To be moderate and respectful of those with a different view is now a liability. To be aggressive, nasty and abrasive has become a political virtue.

Down a slippery slope towards dictatorship

The foundation of all great civilisations has been to have a common goal and the cooperation between its people. The more inclusive a society is, the greater the chance it has to prosper. Similarly, all democratic societies are built upon the principle that everyone’s views are to be respected, even if we do not agree with them. Modern history has taught us that when this tolerance is absent or breaks down, democracy is unable to grow and dictatorial leaders, such as Pinochet in Chile and Somoza in Nicaragua, can easily consolidate their power.

People who supported Hitler in the early 1930s could hardly have imagined him as a dictator unleashing unthinkable horrors, not only in Germany, but in the whole world. In hindsight, we now know that his supporters helped him in legitimizing hate and intolerance. And, thus, in 1933, Hitler outlawed all non-Nazi political parties and forced the Reichstag to abdicate its democratic responsibilities.

One may argue, of course, that intolerance and incivility has always been the norm in politics. Speeches that have sounded politically correct on the surface have simply been a smooth veneer of politeness hiding the grossness and manipulations underneath. While the tone may be courteous and the outer expressions civilized, greed, corruption and hypocrisy is often hiding just beneath the surface. Politicians mostly say one thing and do another. As Shakespeare said in the Merchant of Venice, “The world is still deceived by ornaments.” In a recent article Roar Bjonnes points explains how the Democratic Party has often paid lip service to their progressive causes of increasing wages and improving health care for those on Main Street, while most of their actions have increased inequality and favoured the rich on Wall Street. This is a good example of the hypocrisy that underlies most politics.

Under Trump, the nature of the discourse has changed. He is not worried about political correctness. He actually says what’s on his mind. This does not mean, however, that Donald Trump openly speaks what he really believes. Rather, he expresses what he feels will help him at that moment, which is a very different thing. When the circumstances change, or, perhaps, when his mood changes, he does not mind contradicting himself. As in George Orwell’s 1984, where the Ministry of Truth constantly rewrote history to fit the momentary views of the government, Trump also rewrites history according to his own shifting moods.

But is it not better to speak one’s mind than to think inhumane and uncivilised thoughts while hiding one’s real intentions under a veneer of civilised expression? On one level, the answer is yes. But on the other hand, outer decorum does matter.

If someone lies in secret, one may eventually be able to expose the lie, and the person will have to back down. But when someone lies openly, does not care the slightest if anyone finds out, and not only that, when nobody else cares either, then the entire fabric of civil society has been torn apart. When lying and hate speech has become legitimized, as it has today, then the previous standard for civil discourse has been radically altered.

What we sorely need today are honest political leaders who are not afraid to say what they think, and who do not conceal their true intentions behind polished speeches. But being frank is not enough. If they are selfish or support special interest groups, this virtue turns into a vice.

So the qualities we need from our leaders are twofold.

First, they must have the correct aspirations and convictions. We need leaders who are prepared to protect our planet for future generations, and to ensure that all people have a chance to a decent life. This would mean creating a sustainable society working with nature instead of against it; reducing inequality; and create a reward system where people are rewarded for their real contributions to society, and not by how much they manage to steal by clever financial manipulation.

Secondly, the leaders must be honest, outspoken and transparent. They must tell the truth and not be afraid of controversy as they pursue their goals. Like Donald Trump, they must not be afraid to break with the past and not be worried about political correctness. But unlike Donald Trump, they must do this out of love for humanity, for the betterment of all people and the survival of humanity, and not for personal gain and fame.

Proutist Universal is a global organization that promotes the Progressive Utilization Theory (PROUT), a social-economic vision and system developed by Indian philosopher and revolutionary thinker P. R. Sarkar in 1959.