How the Democrats Handed Trump the White House 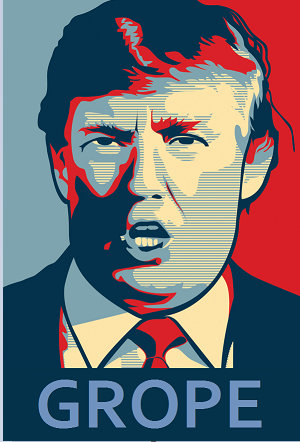 Today, almost two years after Donald Trump became the 45th President of the USA, many ask themselves these questions: Why did white blue collar workers—who have very little in common with the super-rich—vote for a real-estate tycoon like Donald Trump? Why didn’t these hardworking laborers vote for a Democratic candidate instead? After all, the Democratic Party has historically been the party of the working class, so why did a privileged leader of the Republican Party receive so much support from the poor?
According to some left-leaning pundits, Trump received all this unprecedented support from the working class because an entire industry has been devoted to convince poor white Americans that elitist Democratic liberals do not understand them, even look down upon them. So, because of this ingrained, cultural scorn, Trump won the contested election.
This right-wing media industry, the story continues—headed by the loud voices of Sean Hannity and Tucker Carlson at Fox News, radio talk show hosts Rush Limbaugh and Alex Jones, as well as alt-right ideologue Steve Bannon—has brainwashed Appalachian miners and Midwestern auto workers to believe that Trump was the only candidate who could bring them back their jobs and their dignity.
There is definitely some truth in this political warfare and scare-mongering scenario, but it’s not the whole story. The main reason for Trump’s populist rise to the top started a long time before Bannon, Jones and Carlson became household names in America and the rest of the world. Trump’s rise to power is mainly the fault of the Democrats themselves.

The main reasons for Trump’s win are many, and they are complex, but the important lesson is that many poor and middle class voters feel betrayed by the Democratic Party. And not without reason. Over the past decades, the Democratic Party has done more to look after the interests of big business than the average voters they are supposed to stand up for. While much of their rhetoric has been pro-labor, their actions have mainly supported the corporate sector.
Trump was therefore not the only upset during the last presidential election. Bernie Sanders was another. He also challenged Hillary Clinton and the Democratic establishment. Describing himself as a democratic socialist, the 74 year old Senator from Vermont received 47% of the votes during the Democratic primary. Sanders’ major theme was strong and clear: the country has been rigged in favor of big corporations, Wall Street and the super-rich.
The reason for both the independent Sanders’ and the right wing Trump’s rise in popularity is thus ironically the same: the Democratic Party’s lack of support for the working class.

Bill Clinton: The Betrayer in Charge

The Democratic switch away from the working class toward the corporate sector started to increase dramatically in the 1990’s, during the presidency of Bill Clinton, when the Democratic Party moved strongly to the right. Clinton’s rhetoric was pro-labor, but all his deeds where pro-corporation. His “welfare reform bill,” for example, has been devastating for millions of American families. Twenty years after he scrapped the Aid to Families with Dependent Children in favor of the right wing’s underfunded and more punitive vision, the number of poor American children has exploded.
President Clinton’s presidency was characterized by financial deregulation, which in many ways set in motion the excessive lending practices leading up to the 2008 finance crisis. One of his free-wheeling capitalist strokes was the Gramm-Leach-Bliley Act, which repealed Depression era regulations that had held the economy in check. He also signed the Commodity Futures Modernization Act, which exempted credit-default swaps from regulation. According to Columbia Journalism Review, Clinton was responsible for “damaging financial deregulation—and thus, for the [2008] financial crisis.”
Clinton’s Presidency also helped destroy America’s manufacturing base by promoting and passing the North American Free Trade Agreement (NAFTA), in 1993, with Mexico and Canada, when Democrats controlled Congress. “NAFTA signaled that the Democratic Party—the ‘progressive’ side of the U.S. two-party system—had accepted the reactionary economic ideology of Ronald Reagan,” wrote Jeff Faux, on the Economic Policy Institute’s blog.
While NAFTA sent 700,000 US manufacturing jobs to Mexico, the agreement also devastated the Mexican small farm economy, creating a massive flow of illegal migration into the US. A problem, which turned into one of Trump’s main stump speech topics: his populist cry for building a wall on the US/Mexican border—thus to stop illegal immigrants from taking American jobs and reduce crime– and to abolish NAFTA—thus to return jobs back to American workers. These ideas spoke directly to the needs and interests of many poor and middle class workers.
The deregulatory and free-trade legacy started by Bill Clinton was continued under the leadership of both George W. Bush and Barak Obama. Both of these administrations promoted corporate and financial interests above those of the workers.

Barak Obama: The Progressive Who Sold the Farm to Pay the Bills

Barak Obama started his presidency with the highest popularity rating in modern times, and with extremely high expectations. To many, he was seen as a Progressive who could change the course of America and improve the lot of the American workers, especially that of minorities—African-Americans and Mexican-Americans.
But when Obama’s policies were analyzed by the Norwegian newspaper Aftenposten, his policies came out to the far-right of the Norwegian Right Wing Party. Hence, during the first six years of Obama’s Presidency, we saw many more hits to the middle-class in the form of decreased pension guarantees from companies, less job security, and more volatility in financial markets that made retirement planning challenging. Indeed, in the aftermath of the financial crisis of 2008, the Obama administration did very little to help the middle-class other than to make sure that the banks stayed open by shoring up Wall Street and the rest of the finance system.
Simply put, Obama’s policies helped the rich banks and their investors while the bill for the massive bail out after the finance crisis was handed to the tax payers. This cowardly act has not gone unnoticed and has helped fan the flames of middle class discontent. According to economist Emanuel Saez, the one percent did much better under Obama than it ever did during Republican President George W. Bush’s time. That might not have been much of a political issue if the average voters also had seen greater income gains under Obama, but they did not.

Obama did not have a choice in having to save the broader economy. But he did have a choice in how to do it. He chose to bail out the big banks instead of the people. He could have done what they did in Iceland: let some of the big banks fail and instead bail out the people.
Under Obama, when the finance crisis caused a 1 million dollar home to fall in price to $400,000, he let the owner lose the house and go bankrupt. He bailed out the banks instead. If, on the other hand, the government had absorbed the amount of debt on the house that was in excess of market value, many of those who lost their homes could have kept them, re-mortgaged the lower value, and be able to pay their monthly payments. This would not have cost any more money than bailing out the banks, while at the same time it would have put more spending money into the pockets of people and thus the real economy would have recovered much faster.
Since the 1970s, income inequality has been increasing in America. Most importantly, the purchasing power of the middle class has been in decline as well. During the last election, Trump cleverly promised to undo the mess created by the elitists in Washington, whom many people felt had betrayed the average voters.
As history has taught us, when times are tough, the winds of the populist right will flicker strong in the nationalist flags and demagogic leaders like Trump will prominently enter the political fray. So, what now, America? What now, Democratic Party? Will you move further to the right? Or will a new, more progressive wind blow your way?

New Direction for the Democratic Party?

As political activist and former Green Party presidential candidate Ralph Nader once said, there is only one party in America, the Corporate Party, and it has two wings, the Democratic wing and the Republican wing. There is much truth in this. As the Democratic Party has lost touch with its progressive roots and the middle class, it has moved to the right and in support of policies that has increased inequality and reduced pay and security for the middle class. It has also failed to safeguard the environment against exploitation by corporate business. However, there may be hope for change.
Columnist for the Guardian George Monbiot thinks that a “new revolution” has started in America. This new revolution is headed by Bernie Sanders and the likes of Alexandria Ocasio-Cortez, a young leftist woman who recently beat establishment Democrat Joseph Crowley in the New York Primary election. These Justice Democrats, according to Saikat Chakrabarti, one of their core organizers, aim to “take their seats in Congress…” and to “legislate the hell out of everything, like the Republicans do … proposing the boldest, biggest ideas on Day One”.
America needs a new, bold vision for the future. The old American Dream has faded and failed; it has turned into a self-serving, corporate, finance empire out of touch with ordinary people and in a war against the environment.
Will the new Democratic leadership stand up and create a new American agenda for and by the people? Will we see the formation of a new American dream that will demand and demonstrate that taxes on wealth and carbon pollution will not stifle the economy? Will they stand up against the lies and hateful rhetoric spewed by the likes of Rush Limbaugh, Alex Jones and Fox News?
If that will be the case, I would agree with George Monbiot: a new revolution will indeed have entered American politics.
Roar Bjonnes is a researcher and writer with the Prout Research Institute in Copenhagen, Denmark. He has written numerous articles and essays on economic and environmental issues for books, journals and newspapers. He is the author of two books, Growing a New Economy and Principles of a New Economy. His website: www.growinganeweconomy.com