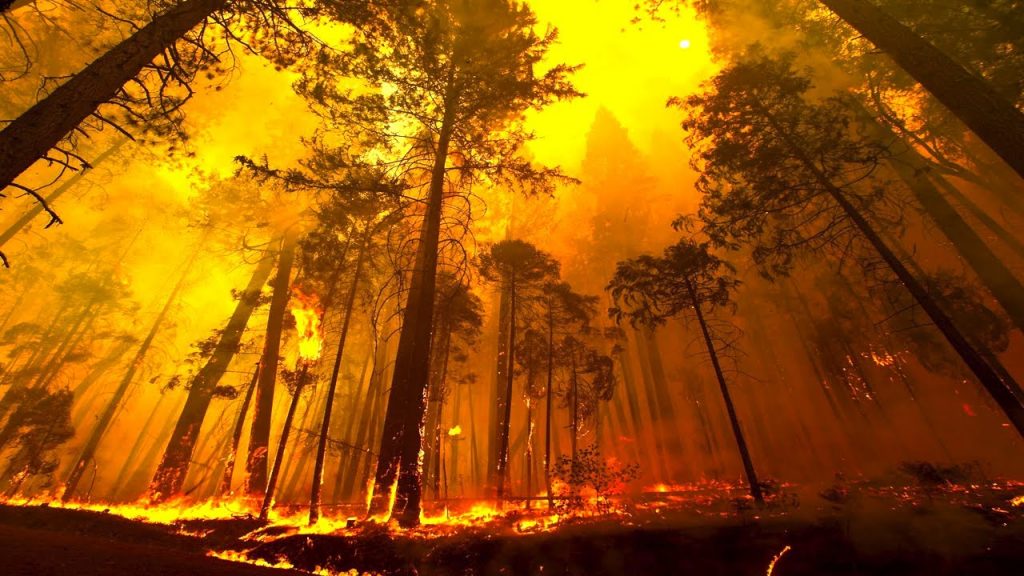 It is not uncommon to encounter people in the United States believing that ice bears roam the streets of Stockholm. If they actually did, these polar bears would have had an uncomfortable last few months, with summer temperatures exceeding 30° Centigrade and relative humidity reaching 92%. The situation has been so bad that major hospitals have had to cancel operations because the climate was too humid.

As a result of the heat, the forests have been dry. Thus this year, all Swedes will have to be without their popular harvest of wild blueberries, lingonberries and mushrooms.

But it is not only Sweden that has been hot. There has been a heatwave in the whole of Europe, and in many places beyond. In early August temperatures in Spain reached close to 50° C, one of the hottest temperatures ever recorded in Europe. In the UK and Australia it has been so hot that asphalted roads have literally melted, turning some roads into sticky black glue.  In many countries, the crops have failed catastrophically, and the number of forest fires globally have dramatically increased in past years.

The hardened global warming deniers argue that this is just part of fluctuating weather patterns and mere anecdotal evidence. They ask for hard statistics. Well, the hard statistics have arrived.

According to a new study released by the American Meteorological Society on August 1, 2018, the years 2014, 2015, 2016 and 2017 were the four hottest years in recorded history. 2018 is already on course to beat all previous years. Thus the trend continues.

Just as the destruction of the ozone layer was related to chlorofluorocarbons in the atmosphere, the heating of the earth is caused by increases in CO2 in the atmosphere. The levels have risen by 30% since 1960, and are now the highest the earth has seen in at least 800,000 years.

Technically speaking, scientific theories can never be proven. Instead scientists try to disprove a theory, and if, after much testing, the theory cannot be disproven, it is assumed to be correct.

In particular, a theory should have predictive value. That is, with the help of a theory we are supposed to be able to predict an event in the future. If the theory consistently makes accurate predictions that cannot be explained in any other way, the theory is considered valid.

If there is any doubt about the theory of global warming, its stellar performance in predicting the future should be enough to convince any rational minded person. Current events—such as higher temperatures, changing weather patterns, melting ice caps, and so on—were all predicted years ago.

Einstein’s theory of general relativity was accepted in 1919 when, contrary to prevailing ideas, it correctly predicted the positions of stars near the sun. Similarly, global warming has also been scientifically accepted, except by the diehard global warming deniers who are using this phenomenon to promote various fringe political or scientific conspiracy theories.

So where does this leave us? As P. R. Sarkar predicted, the world is likely to face severe water problems in the coming decades, when water might become scarcer than oil in some areas. The United States, India and China are some of the countries that will be severely affected. Temperatures are bound to keep increasing. It is predicted that North East China, which includes Beijing and is home to some 400 million people, will be so hot by 2070 that it will be practically inhabitable. The heat and humidity will be so severe that only a six hour exposure will be deadly.

Sea levels will rise, making much of low laying areas in risk of being lost to the sea. According to a study by Cornell University, one of five people on the planet (around 2 billion people) could by 2100 be forced to leave their homes, becoming refugees due to rising sea water.

Since much of earth’s arable land is in coastal areas, our ability to feed an ever increasing population will be severely compromised. But even without this loss of land, global warming is creating unpredictable weather patterns—draughts in some places, flooding in others. Agriculture require predictable weather, the right proportion of sun, heat and rain. Without this predictability crops will fail. Given the trend of unstable weather and the impact it will have on food production, we may, within a decade or so, notice shortages of food, even in well stocked supermarkets in rich countries.

The second principle of Prout states that “there should be maximum utilisation and rational distribution of the crude, subtle and causal resources.” There are obviously many ways we can utilise the resources around us. When nature has been given to us to utilize for free, we can either assist nature to help provide more, or we can leave her alone to do her work. But instead of doing this, we have chosen a path of systematically destroying the free systems nature provides us to sustain life on earth.

In 2005, the United Nation’s Environmental Project published the Millennium Ecosystem Assessment which stated that “human activity is putting such a strain on the natural functions of the Earth that the ability of the planet’s ecosystem to sustain future generations can no longer be taken for granted.” With the recent changes in weather patterns, maybe we are getting a first taste of what this implies.

To destroy the ecosystem is the worst possible use of the planet’s resources. We need to change our behaviour and look beyond what is profitable for business in the short term. Instead we must find solutions that can benefit humanity and all life on earth into the distant future. There might still be a chance to do that, but if we wait much longer, the opportunity may have ceased—the heating trend will be become irreversible. We must therefore realise the urgency of global warming and act now.

In retrospect, Donald Trump’s greatest crime against humanity may be his insistence that global warming is a hoax. Due to his idiotic position, he has taken a series of actions that are guaranteed to speed up global warming. Some examples: pulling out of the Paris accord to limit CO2 emissions; promoting the coal industry, which is one of the worst emitters of CO2 gases; attempting to use federal power to prevent California to control vehicle emissions; and the total gutting and destruction of the Environmental Protection Agency, to mention just a few. As a result, hundreds of millions, or maybe billions of people, may suffer and perish. The possibility that he might have colluded with Russia to win the election is, in comparison, a rather trivial issue.