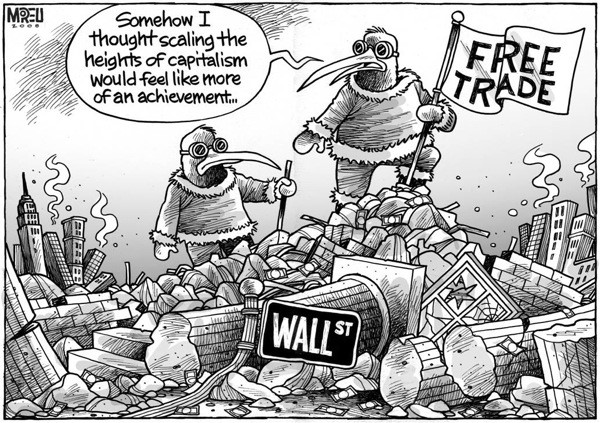 During his presidential campaign, Donald Trump promised to revive American industry by putting an end to ‘unfair trade.’ The way he wanted to achieve this was by tearing up free trade agreements and imposing selected tariffs on countries he felt were taking advantage of the United States. In February of 2018, he made good on those promises and announced a 25% import tariff on steel and 10% on aluminum. 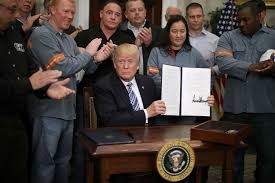 In retaliation, China has announced a 25% tariff on USD 3 billion worth of food imports from the United States. This is three times the trade volume of US steel imports from China, which is roughly USD 1 billion. In a tit for tat response, Donald Trump has now announced that he will impose a 25% tariff on 1,300 Chinese items imported to the United States at a value of USD 50 billion.

China rapidly retaliated, and announced a 25% tariff on 106 products including soya beans and chemicals. The value of these imports are also USD 50 billion. The EU is equally disturbed by this unilateral action, and has threatened to retaliate with tariffs on bourbon and blue jeans.

The latest news as of this writing is that Trump now threatens to impose tariffs on USD 100 billion of Chinese imports. If that happens, China is sure to retaliate.

The trade war has started, and nobody really knows where it will end.

If a full scale trade war actually breaks out, it will lead to a marked reduction of trade in the world. But what would this new economic situation look like, and would it actually be such a bad thing? To understand the importance of trade, we need to take a closer look into the history of trade, and also look at various forms of trade, including free trade, unequal trade, fair trade and what would happen if there was no trade, either between people or nations. 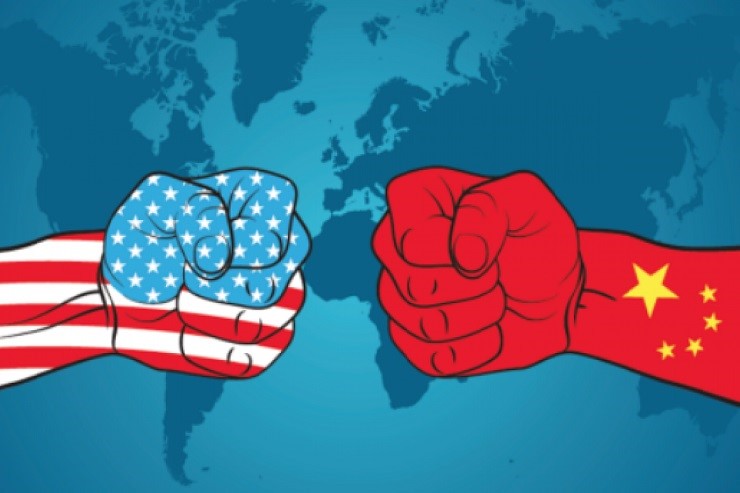 Cooperation versus Going It Alone

It is a well-established fact that productivity is related to specialization. In other words, if one person were to do everything needed to survive all by himself, like some modern day Robinson Crusoe, his standard of living would be extremely low, and his level of technology, health care, etc. would be almost non-existent.

If, on the other hand, a group of one hundred people cooperate together, their chances of survival are much higher, and people will then start to specialize and cooperate. Some will hunt, some will farm, and some will build houses or tend animals.

The reason we today have advanced technology and that many people can afford a decent place to stay, go to school and get medical attention when sick is the result of billions of people specializing and working together in complex ways.

This is not controversial, and everyone from Marxists to Neoclassical economists understand this issue. The specialty of human beings is that we actually cooperate with each other to a much greater extent than we compete. To prosper, we need increased specialization and cooperation.

Trade can be seen as an indication of both cooperation and specialisation. The reason people trade is that instead of making everything themselves, they make a few things and trade it for other things they want.

Based on this fact, neoclassical economics considers any increase in trade an advantage, regardless of any other circumstance. Consequently, all neoclassical economists would consider tariffs that reduce the volume of trade undesirable, and hence it would be hard to find an economist that would support Trump’s protectionist policies.

But what about Prout? Doesn’t Prout support self-sufficient socio-economic zones, a ban on export of raw materials before processing, and favor the assurance that all essential goods are produced locally?
Yes, that is true. For example, in the essay Decentralized Economy Part 1 (1982) P.R. Sarkar writes: [a] decentralized economy aims to develop local industries and create employment for the local population, those commodities which are not produced within the local area should be banished form the local market as far as possible.

But, paradoxically, Prout also favors free trade. In Economic Dynamics (1987), Sarkar writes that there should be a free trade system so that overproduction can be consumed by other countries or other economic units, and proceeds to give examples of this.

Further down in the same article, Sarkar says:

In the existing world structure, geo-sentiment is an obstacle to the implementation of free trade. Neither the capitalist countries nor the communist countries like the free trade system because it is detrimental to their respective self-interests. But there are some free trade zones in the world which are very bright examples of the success of this sort of system. Singapore is one such example. There was a good proposal to declare Calcutta a free trade zone, but it was not implemented for many reasons, including the failure of the concerned leaders. Bengal could have been greatly benefited by such a system. [Economic Dynamics, 13 September 1987, Calcutta]

So does Prout favor protectionism or free trade? How can this contradiction be resolved? To answer this, we need to understand why Prout wants economic self-sufficient economic zones, protection of local industries, etc. The simple reason is that free trade can only be fair between equal partners. If one country is highly developed and industrialized, and the other only has raw materials and agricultural products, free trade between the two will be unfair and unequal. The advanced country will become rich and the backward country will continue to be backward as it is made a supplier of cheap raw materials and labor, and an importer of expensive finished goods. If the economically poor country would try to develop local industry, foreign cheap goods would soon flood the local market and put its undeveloped industries out of business.

According to the classical economist Ricardo, this is a good thing as even the undeveloped country will be better off. He calls this the law of comparative advantage, and theoretically and mathematically he is correct, except, there is one important issue that is often overlooked by economists: this theory is based on everything being stagnant and that nobody learns by experience.

If a 5 year old boy would make more money polishing shoes in the street than going to school, the law of comparative advantage would say that he should polish shoes. This is true for the moment, but schooling is an investment in the boy’s future, making him able to earn more when he grows up. It is the same with countries. If they never develop their local industry and technology, they are condemned to eternal poverty. But in order to develop this technology, they would need protection while they are growing up.

We will not find a single example of an advanced economy that did not initially protect its budding industries until they were globally competitive. This is true of England, USA, Sweden, France, South Korea, Japan, and all other developed nations. Therefore, protecting and encouraging local industries is an absolute necessity for a country to become prosperous. Any country that prematurely opened itself up to free trade—with the notable exception of the Gulf states, which had huge oil reserves to pay for all their imports—suffered stagnation and poverty.

This issue can easily be exemplified by comparing Japan and the Philippines. At the end of the Second World War, Philippines had a GDP per capita equal to Japan. Now it has one of the lowest in Asia. While Japan, South Korea, Taiwan, and other successful ‘tigers’ talked about free trade, they did not practice it but were fiercely protectionist. The Philippines, on the other hand, which actually practiced free trade, and did very little to promote the development of its industries, is now one of the poorest countries in Asia.

While tariffs and protective measures are necessary and good for developing countries, once a country has become technically advanced with high productivity, it has to open up its borders.

The United States is not an underdeveloped economy, and will not gain by imposing new tariffs. To the contrary, starting a trade war can have catastrophic consequences for the very people the tariffs are supposed to help; for the nation as a whole; and for the world as a whole.

I agree with the Prout-oriented political economist James B. Quilligan who, on request for comments on Trump’s tariffs, wrote:

Yes, Trump’s tariffs will impact everyone — workers, manufacturing, Wall Street, banks, US allies and US foes. We can already see a credit collapse coming in the US, with corporations using their profits to buy up their own shares rather than investing this money back into production. Trump’s trade wars will just speed this up — it’s the most stupid thing he could do. This is, however, an opportune moment for Prout.

This trade war, therefore, has a silver lining. For the first time in many years, current free trade policies are being questioned, and has become a topic that can be discussed and debated. This is an ideal opportunity to introduce Prout’s balanced view on free trade, which would promote cooperation and the free exchange of goods, while still allowing developing nations to develop their full economic potentials.

Look Out for the Next Installments on Free Trade and Tariffs

In a short column like this, there is not enough space to deal with all the complex aspects of free trade, so I have decided to cover this important topic in three installments.

In the next column, A Dirty Secret: Why Capitalism Really Doesn’t Like Free Trade, I will look at the curious statement of Sarkar that capitalist countries do not really want free trade. What is the reason behind this comment? Furthermore, what is the difference between the concept of free trade in Prout and in the capitalist system?

In the third and final installment in this series, we will investigate what the impact of a trade war would be on global trade, and whether Trump really is the initiator of tearing up multilateral trade deals, or if he is simply following a trend that started years ago.

PrevWhy Capitalists Hate Free Trade
After the Jerusalem Embassy: What’s Next for the Palestinians and Israelis?Next