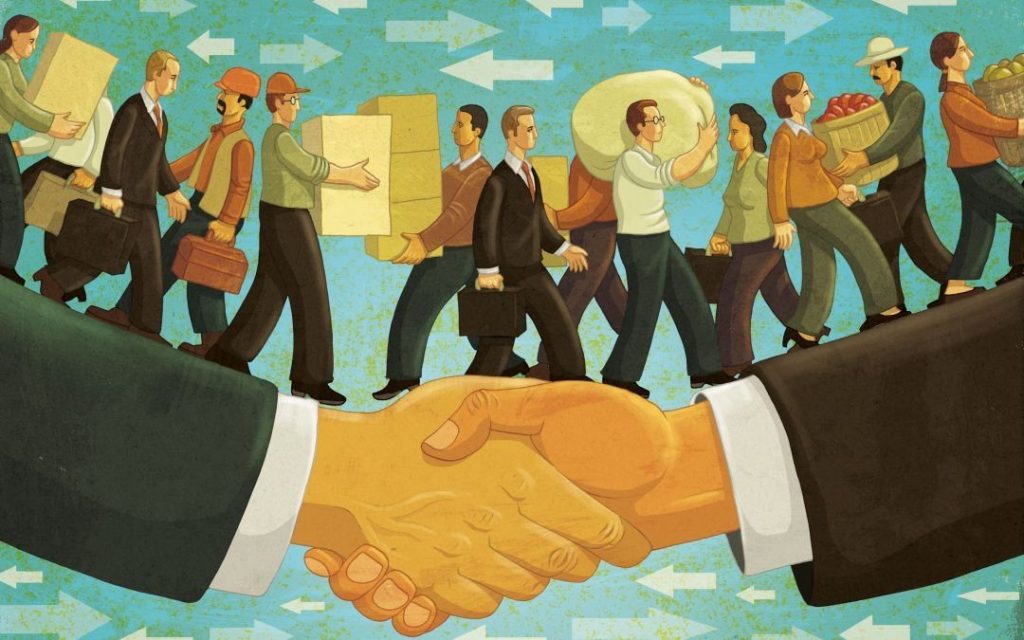 In my last opinion piece on current affairs, I discussed Donald Trump and his introduction of tariffs and how they might lead to a trade war with China and the rest of the world. In that article, I quoted P. R. Sarkar, who said that, “Neither the capitalist countries nor the communist countries like the free trade system because it is detrimental to their respective self-interests.”

I was aware that this statement might be confusing since free trade is supposedly one of the main pillars of the capitalist system. In this installment, I will clarify my views on this issue.

As has been clearly explained in Roar Bjonnes’ and Caroline Hargreaves’ book Growing a New Economy: Beyond Crisis Capitalism and Environmental Destruction, no capitalist country became advanced by opening up its borders to free trade. Whether it is Great Britain, the United States, Sweden, Japan or South Korea, they all protected their economies with tariffs, import quotas, and government subsidies until their economies became strong enough to compete successfully on the international market.

Friedrich List (1789-1846), a German economists living in the United States, wrote:
Any nation which by means of protective duties and restrictions on navigation has raised her manufacturing power and her navigation to such a degree of development that no other nation can sustain free competition with her, can do nothing wiser than to throw away these ladders of her greatness, to preach to other nations the benefits of free trade, and to declare in penitent tones that she has hitherto wandered in the paths of error, and has now for the first time succeeded in discovering the truth.

Not only developing countries, but also advanced nations, such as the United States and the advanced economies in the European Union, are very much dependent on trade restrictions to remain prosperous. 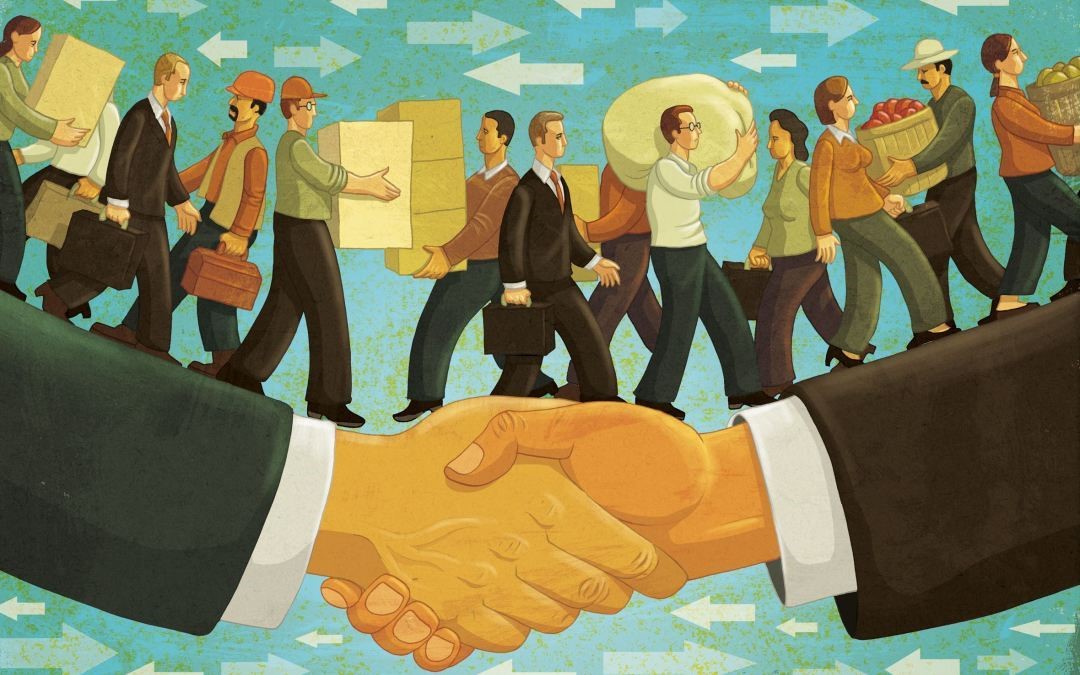 Protection of Agriculture
First of all, these countries have tariffs, subsidies and quotas to protect agriculture, one of the few areas where a poor, developing nation actually could have had a competitive advantage over advanced economies. The European Union uses 50% of its budget to support the Common Agricultural Policy, which subsidises all farming in the European Union. Without this support, no food in commercial quantities could be produced inside the European Union—all agricultural products would have to be imported from third world countries. The United States has similar policies in place.

Intellectual Property Rights and Patents
The restrictions on free trade in agriculture is basically there to provide food security in times of conflict and war, and preserve the rural way of life in Europe. From the capitalist’s point of view, Europe could do very well without these subsidies. But there is one trade restriction that advanced economies are absolutely dependent on to survive, and that is Intellectual Property Rights (IPR) and patents.

Due to the rhetoric we hear in the news media, IPR and patents are not commonly considered restrictions on free trade. In reality, these restrictions are as powerful as tariffs and quotas. Both interfere with the market as it would react if there were no regulations. While tariffs prevent foreign goods to compete in the local market on the same terms as local goods, patents create a monopoly for the inventor to sell products based on the patent without competition.

In practice, this prevents local goods in developing countries to compete against patented imported goods, even if they have the capacity to produce them much cheaper than the imported goods. This is clearly a restriction on free trade, and originally the introduction of patents was controversial. Throughout the 19th century, both Switzerland and the Netherlands refused to protect patents as they argued it created artificial monopolies and went against the principles of free trade.

Patents secure a monopoly for the entity that owns the patent, and enables it to charge much higher for the product than it would have been able to charge in a free market where anyone could have produced it. This system enables companies who own patents to generate spectacular profits.

Pharmaceutical companies make hundreds of billions of dollars in profits selling drugs that cost next to nothing to produce, as they can set any price they like when nobody is allowed to compete with them. Kymira, a gene blocking cancer drug produced by Novartis, costs $475,000 per treatment. The company argues that the cost is justified due to the fact that the cost of developing the drug was very high, but in this particular case much of the research that went into the drug was done by the University of Pennsylvania at the expense of tax payers to the tune of $200 million. This is a typical procedure in the pharmaceutical industry. While the costs are socialised and paid by the tax payers, the profits are privatised and pocketed by the private company.

This is not an isolated example. Many cancer drugs cost over $100,000 per year per patient, while the manufacturing may cost a few thousand dollars. The hepatitis C drug Sofusbuvir costs $1,000 per pill, and a complete treatment costs $84,000.

Patents are naturally not limited to the pharmaceutical industry, but are present in almost every industrial, medical, and technology sector in existence today, and the profits these sectors enjoy are to a large extent dependent on IPR and patents.

These inflated profits from patents and IPR are, in part, what keeps rich countries rich. They have absolutely no reason to encourage free trade of any of these products, as it would jeopardize their monopoly standing and open them up to global competition.

The ways patents are granted is also troubling. Invariably, patents build on existing knowledge that has been created over centuries, so no one individual or company can claim to be their sole owner. The fact that it is possible to patent such things as the active ingredients in traditional herbal medicine and other properties of nature, such as the human genome, makes a mockery of the argument that IPRs are needed to promote innovation.

As IPRs are so valuable, most advanced economies have shifted to producing ideas and left the dirty work of actually making things to poorer countries. In areas where other countries could compete, such as knowledge and knowhow, they create barriers to prevent competition, and in areas where they know nobody can compete, they promote free trade. To accomplish this, they insist on IPR protection in free trade agreements and, in Orwellian fashion, brand it as a being an indispensable part of free trade, when in reality it is quite the opposite.

As the Norwegian economist Erik Reinert comments, “Protecting imperfect competition in the rich countries is accepted, but not in poor.” 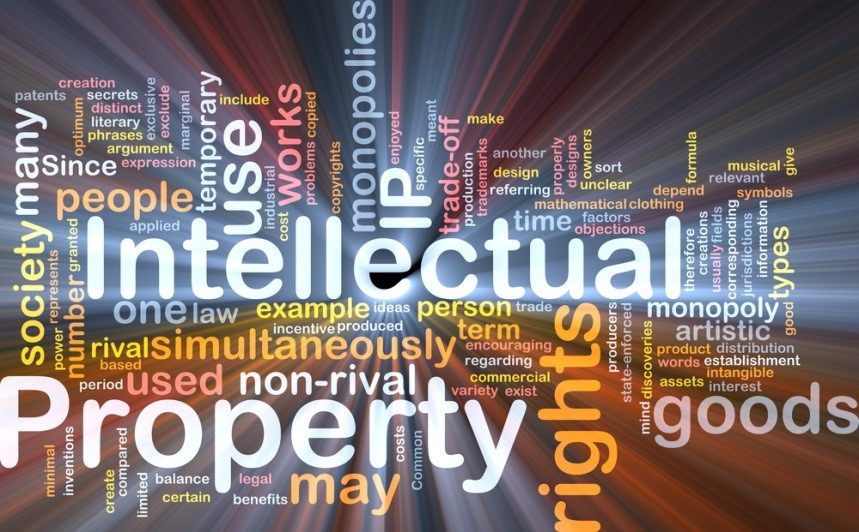 Intellectual Property in a Proutist Economy

Free trade is a double edged sword, and under the right circumstances it can bring about maximum utilisation of global resources and benefits for all parties involved. Under the wrong conditions, it can impoverish poor nations and make them exporters of cheap raw materials and importers of expensive manufactured goods. Therefore, while Prout supports free trade, it does this conditionally, and only during the appropriate circumstances when it will bring about prosperity for all parties.

Hence, while Prout supports the free flow of ideas and intellectual wealth, which in a sense is the basis for free trade, some restrictions on ideas and invention, or psychic pabula as Sarkar calls it, would be needed even in a Proutist economy. Society may have a legitimate reason to limit certain information, such as creating poisons and bombs, to protect itself. Likewise, if an artist creates a song or a work of art, he or she should definitely be able to protect so it is not copied and sold by others.

However, there is a strong case to ensure that scientific knowledge that is beneficial to humanity should have as few restrictions as possible. The argument that patents are needed to promote innovation is simply not true. Most of the people who invent things do not personally benefit from the innovations; rather, the company they work for is the financial beneficiary. And if private companies would limit their investment in innovations, then the state could easily step up and provide a conducive environment for creativity to flow. Here are few suggestions for rational patent policies within the framework of a Proutist economy from the book Growing a New Economy:

For more ideas about a rational approach to intellectual property, see chapter eleven of the book Growing a New Economy.