A Ticking Time Bomb: Proxy Wars and the Tragedy of the Kurds 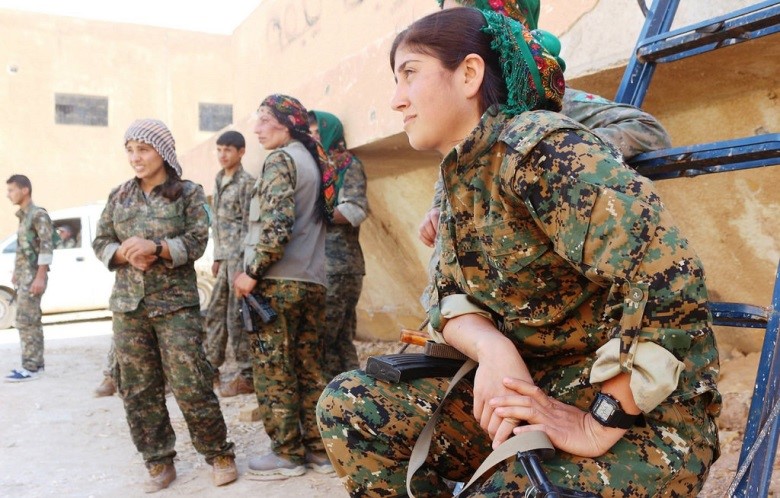 Since the Arab Spring, the armed conflicts in the Middle East have escalated to a point where they pose the greatest risk to world peace in our times.

While the media is focusing on the threat posed by North Korea due to its nuclear weapons, the chances for an all-out escalation are small, for the reasons I outlined in a previous article. If we accept the premise that Kim Jong-un is a shrewd, calculating politician (and all signs indicates that he is) it does not matter if he is ruthless, cruel, and self-serving. Whatever nuclear arsenal he has, it is just a fraction of one percent of the size of the arsenal of the United States. Hence, he knows that he cannot possibly win a nuclear war with the United States.

By developing proven nuclear capabilities his negotiating power has vastly increased, and insures that nobody can take North Korea lightly. The timing of his recent diplomatic overtures towards South Korea has buttressed this point. He waited until he had proven that he had intercontinental missiles capable of striking the United States. He then turned down his aggressive rhetoric and instead turned up his charm. This is not the act of a madman. It is a clever political game.

The situation in the Middle East is not so simple. We are not dealing with one regime in complete control over its armed forces, but rather a host of unstable states and armed groups of a number of persuasions and interests. In addition to this, the two most powerful countries in the world are actively involved in the war on one side or the other. While Russia has combat troops on the ground in Syria, the United States is actively supporting groups that are directly fighting Russian and Syrian government troops.

If we add the powerful regional powers, such as Iran, Israel, Turkey and Saudi Arabia, who all have their own strategic reasons to fight, we have a truly explosive mix. At present there is seemingly no way all parties can be satisfied. The region has become a battle ground for political influence and power.

Even though the conflict started out as a proxy fight, today the main protagonists are directly involved in the war. The United States has since decades had troops in Iraq and Afghanistan, and Russia now has a strong military presence in Syria. Depending on how the situation develops, the United States may increase its number of troops in Iraq, and may even decide to put troops on the ground in Syria to protect its strategic interests.

Most recently Turkey has launched a full scale offensive into Syria, attacking the Kurdish guerrilla fighters which are supported by the United States. This creates an unprecedented situation where two NATO allies are coming in direct military conflict with each other. The long term consequences of this is hard to foresee, but it could potentially destabilize an institution that has been the main military force in Europe since the Second World War.

Why is Turkey so keen on attacking the Kurds? To understand this, we need to take a look back in history.

A Brief History of the Kurds

Like the Rohingya, the Kurds are a people without a country. They emerged as a group in Iran during the Medieval Period, and are presently constituting a sizeable minority in Turkey, Iran, Iraq, and Syria. They have a distinct language that has strong similarities with Persian and Baluchi, suggesting a common ancestry. The first recorded military clash involved Arab Commander Utba ibn Farqad, who in 641 AD conquered a number of Kurdish forts. Since then the Kurds have throughout the centuries participated in many revolts, but although they managed to establish a number of Kurdish Principalities, mainly in the mountains, they never managed to get a state of their own.

Apart from wars, they have also been subjected to massacres, including the Massacre of Ganja in 1606, when all men, women and children of the Sunni Kurdish tribe of Jekirlu were killed.

Kurdish nationalism emerged at the end of the 19thcentury, and since then they have been striving for nationhood. The problem is that the Kurds are not in majority in any country, and to form a nation they would have to carve out a territory from Syria, Iraq, Turkey, Iran, and other nations, and none of these nations would allow something like that to happen. Hence, the Kurds have few friends in the region. Yet the Kurds are a sizeable minority, and so they cannot be ignored either. A minority group of 1% can be marginalized and even exterminated, but with a minority population close to 20% in Iraq, Syria and Turkey, this is not possible to achieve with the Kurds. For example, 19% of the population in Turkey is Kurdish, some 5 million people. 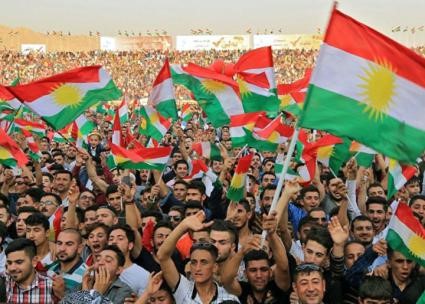 In the past 50 years, the Kurds have been fighting for autonomy and independence. While they managed to create an autonomous region in Northern Iraq, and recently had substantial military success in Syria and managed to carve out a sizeable territory there, they have had little success in Turkey. The Kurdish Workers’ Party, PKK, has for a long time been fighting for autonomy in Turkey, and from 1984 to 1999, and again from 2004 to 2012, the Turkish military engaged in open war with the PKK.

Fearing that the Kurds will use their newly gained territories in Northern Syria as a spring board to launch fresh guerrilla attacks across the border, Turkey has now decided to invade the Kurdish controlled areas of Iraq to create a buffer zone to prevent the PKK to operate from Iraq. This is a serious escalation in the conflict, as it is the first time in recent history a country in the Middle East is directly invading a neighbor state. This is naturally seen as a threat by the Syrian regime, so while fighting the Kurdish forces in other places, they have tacitly allowed the Kurdish YPG (“People’s Protection Unit”) to pass through government controlled areas to resupply the areas attacked by Turkey. It seems everyone is fighting everyone and nobody really knows who is an enemy and who is a friend.

Western Support for the Kurds

While the vast majority of Kurds are Sunni Muslims, there are also Shiites, Christians and even Jews among them. They are one of the few cultural groups in the Middle East which practice religious tolerance. For example, the Kurdish Regional Government in Northern Iraq rejected Islamic teachers from Bagdad, and declared that their schools should be religiously neutral. The bonds that keep the Kurdish nation together is cultural, and not religious. The Kurds have all the hallmarks of a distinct Samaj.

Kurdish women have generally a better standing in society than that of other women in the Middle East. They have actively taken part in both political and military struggles. ISIS fear the female Peshmerga and the YPJ (“Women’s Protection Force”) forces more than any other enemy, since being killed by a woman would send their souls to hell!

These characteristics have made them the ‘ideal’ partner for the Unites States. The civil war in Syria, has enabled the Kurds to capture much territory, and their clear intention is to hold on to it and create a Kurdish nation.

Unfortunately for the Kurds, the support from the West is purely tactical, and probably none of the Western powers would be happy to see the emergence of a Kurdish nation. A Kurdish nation would be fiercely opposed by all countries in the Middle East that have Kurdish minorities, and the West could politically not afford to back such a scenario.

While we can hope that the conflict is localized to the Middle East, there is no guarantee that it will not escalate to a worldwide conflict. But even in a best case scenario, the suffering in the region is far from over and millions more will die or be made refugees before it will get any better.

The Middle East, with its vast resources of oil and strategic location between Europe, Asia and Africa, has become the main theater of conflict of our time. There is simply no short term or easy solution to these intertwined conflicts, and a final resolution would require a revolutionary change in the entire region, which would probably include a major change in the role and position of Islam as well.

So where will all this end? The short account outlined above is a simplification of the enormous complexities of the Middle East conflicts, leaving out many essential parts, such as the Israeli Palestinian conflict; the war in Yemen; the increased dominance of Iran; the conflict between Saudi Arabia and Qatar, to mention just a few. We have also not covered the motivations behind the involvement of Russia and the United States. Even a brief overview of the situation would require a full length book.

So while the situation in North Korea may sound scary, the conflict in the Middle East is a far more serious problem for the world.

PrevTax Cuts, Tax Cuts and More Tax Cuts: Fooling Most of the People Most of the Time
A Prout Perspective on EmploymentNext