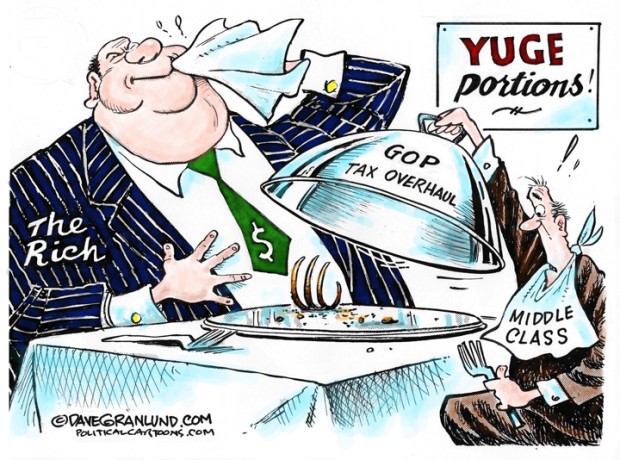 In many parts of the world, from the United States to Europe to the Philippines, tax cuts is the hottest thing since sliced bread. Reducing taxes, it is claimed, is the best way to stimulate the economy.

Nobody enjoys paying taxes. High taxes reduces the money we have left to spend. Tax cuts are therefore quite popular and a sure way to get voters. Especially if the tax cuts are supposed to benefit ‘the middle class,’ since nobody, regardless of their economic status, likes to consider themselves lower class.

But the truth about tax cuts, or tax reforms, as it is commonly called, is that they invariably benefit the rich, not the middle class. The rationale for giving tax cuts to the rich is that it puts more money into the pocket of those that are able to invest. The assumption is that the rich will use this money to build factories and create jobs that will benefit everyone.

The problem is that this is just a hoax, and does not really work. In several of his books, Dr. Ravi Batra explains this quite eloquently. The gist of the argument goes like this: If the government reduces taxes and keeps on spending the same amount of money, it means it has to borrow more money in order to keep up with spending. So who will the government borrow money from? The rich, naturally, since you cannot borrow from the poor, those who don’t have money.

This means that the government borrows money from the very same people who had the biggest reductions in their taxes. For example, if the tax cut reduces taxes by USD 500 billion, the wealthy are supposed to have USD 500 billion more to invest in the economy. But if this 500 billion is given to the government as a loan, then the rich end up with the same amount of cash on hand as they had before the tax cut. As they cannot lend it to the government and invest in new factories and jobs at the same time, the net stimulating effect on the economy is zero!

The only difference is that now, instead of the money being income for the government, it is a loan that has to be paid back, with interest! So, tax cuts to the rich does not help the economy grow but only makes the rich richer. Instead of paying taxes, they invest the same money in government bonds and earn an income!

What if the government cut expenses to finance the tax cuts? Would that stimulate the economy? Not in the slightest. The cut in government expenses, which might be pensions, Medicare coverage, or any other social programs, reduces the size of the economy.  Money given to the poor through social welfare is immediately consumed, and thus stimulates the economy. By removing money that is sure to be spent in the economy, and give it to the rich, there is no guarantee that they will either consume it or invest it. Rich people generally speculate with their money, such as buying assets or investing in the stock market, and this has zero stimulating effect on the economy!

There is another popular way to finance tax cuts, and that is to cut income tax but raise direct taxes such as VAT, sales tax, etc. An approach chosen for example in the Philippines, this is a direct way to transfer the tax burden from the rich to the poor. Due to progressive taxation, the rich pays a higher percentage of their income in taxes than the poor, but everybody pays the same rate of VAT. Since the poor generally consume all their available income, while the rich only consume a small portion of it, the increases in VAT hits the poor much harder.

Because these incremental forms of taxes are not noticed as acutely, there are less protests against VAT and sales taxes. The psychological effect on people is stronger when the government takes away a chunk of what you earned than when you just pay a little more each time you buy groceries or clothes.

So, given its dubious efficacy, why is it that tax cuts are popular among governments all over the world? There are two main reasons: First, politicians need to win elections to stay in power, and to win elections they need money. Since the big corporations and the banks have the most money to support their campaigns, they create policies that are favourable to the banks and the big corporations.

In addition, politicians are generally much wealthier than ordinary citizen. Therefore, they are much more likely to benefit from tax cuts favouring the rich. Donald Trump is an extreme example of both: he owns large corporations and is extremely wealthy, and at the same time, he is the President of the United States. Few people will gain more financially than Donald Trump from the recently enacted tax cuts.

In a judicial system, Donald Trump would have had to recuse himself from participating in a case where he had a personal interest at stake. Unfortunately, there are no such rules when it comes to politicians. They are free to vote and press for changes that may directly or indirectly benefit them as persons.

Secondly, these days corporations are very mobile, and can easily relocate to other jurisdictions. Some countries, such as Ireland, made it the foundation of their economic policy to reduce taxes so much that all major companies would want to relocate there. This creates competition, so other countries also have to reduce their tax rates to prevent companies from leaving. The logic behind this is that it is better to get some tax revenue from a company than none at all. This fuels competition to provide the most business friendly environment with the lowest taxes. In the end, the only ones who benefit are the rich. As if inequality is not high enough as it is, this trend is bound to make it even higher.

Can this trend go on indefinitely? No. When common people have no purchasing power left to drive the economy, something will have to give. Either we’ll have a reversal to more equality, or the entire capitalist system will collapse. 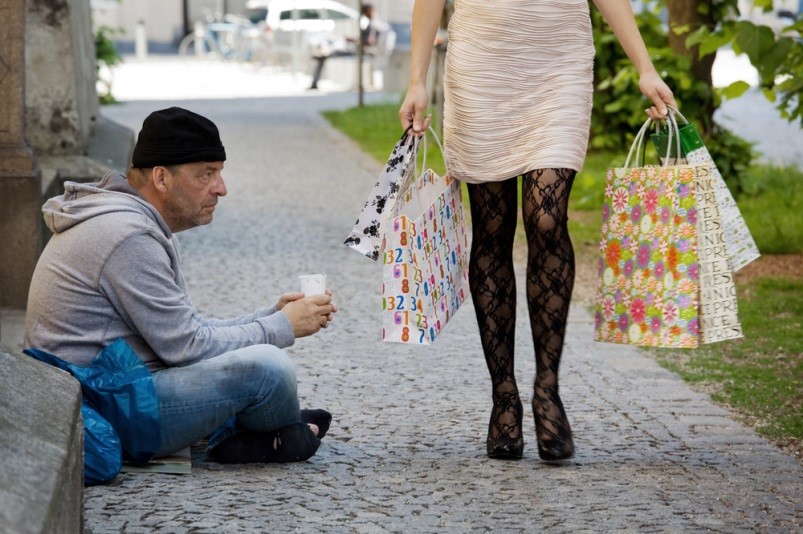 Prout’s position is very clear. While in principle Prout opposes income taxes, and prefers direct taxation, this only works in a society where there is a wealth and income cap or ceiling, and where corporations have evolved into cooperatives. Until that happens, Proutists must oppose measures creating even higher levels of inequality, and that is what these so called tax reforms do.

Noam Chomsky once said that when taxes are used for their intended purposes, such as public transportation, the corporate friendly politicians call them subsidies. When taxes are used to help out the rich, they call it tax reform. So when someone talks about tax reform, you should hold onto your wallet.

This may be true, but given the feeble opposition we have to tax cuts since the time of Thatcher and Reagan, even among those who are most hurt by them, in the case of tax cuts the politicians have been able to fool most of the people most of the time.

PrevEthnic Cleansing in Myanmar: Stand Up for the Plight of the Rohingya
A Ticking Time Bomb: Proxy Wars and the Tragedy of the KurdsNext