Ethnic Cleansing in Myanmar: Stand Up for the Plight of the Rohingya 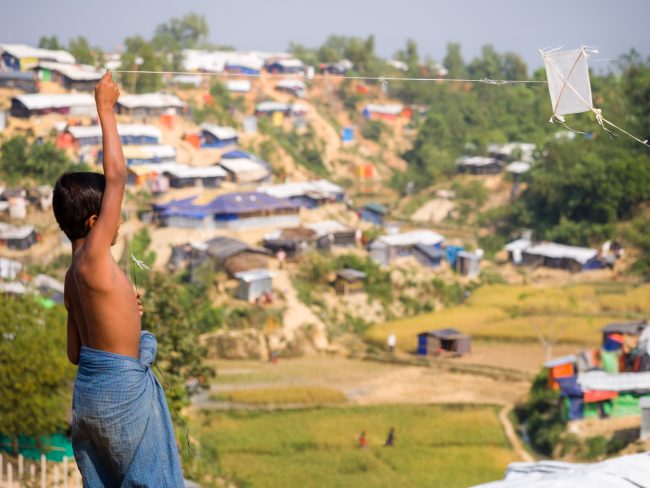 The most dramatic example of ethnic cleansing in this century must undoubtedly be that of the Rohingya, a largely Muslim minority in Myanmar. It is estimated that 60% of the Rohingya population have fled Myanmar in the past few years. While mistreatment of the Rohingya has been going on since independence in the predominantly Buddhist Myanmar, or Burma as the country was called at the time of independence, a sizeable migration first started in 2015.

Thousands of Rohingya left Myanmar in boats in desperate attempts to flee oppression in their home country. Since August 2017, however, this trickle of refugees has turned into a flood, with close to 600,000 out of a total population of one million fleeing for their lives to escape full scale extermination, rape, torture and burning of their villages. A recent United Nation’s report calls this exodus a “text book example of ethnic cleansing.”

All this has happened under the rule of the Nobel Peace Prize Laureate, Aung San Suu Kyi, who until now has been internationally championed as the saintly freedom fighter that ended military dictatorship and restored democracy to Myanmar. Her lack of action has frustrated and angered her worldwide supporters. Author Salman Rushdie and many other luminaries have written an open letter denouncing her government’s lack of action, and popular Guardian columnist George Monbiot has demanded that Aung San Suu Kyi should “give back” her Nobel Peace Prize.

But who are the Rohingya, and why are they persecuted? Rohingya in their own language means “Inhabitants of Arakan,” which approximately corresponds to present day Rakhine  State in Myanmar. According to the Rohingya, the area has been populated since 3,000 BCE, but there is little archaeological evidence to support this claim. What is historically certain is that the Arakan State was established in the 4th century, and that Islam arrived in the area around the 8th and the 9th century. The Rohingya believe that they hail from these early settlers.

Around 1430, more Muslim migrants from Bengal arrived in Arakan. This was during the Kingdom of Marauk U. The Burmese population, on the other hand, settled in Myanmar between the 9th to 15th centuries and did not conquer Arakan until 1785. At this junction, many of the indigenous populations escaped to British Bengal to avoid persecution. From this short historical review, we can see that the Rohingya has as good a claim to the land as any of the other ethnic groups in Myanmar.

During British Colonial Rule, Britain encouraged migration from Bengal into the sparsely populated Arakan, something resented by the local Arakan, and possibly the original source of the hatred of the Rohingya.

During Burmese independence in 1948, while the Rohingya were not officially recognized as one of the 135 ethnic groups in Burma, those who could prove that they had lived in the country for two generations were issued ID cards. Some were even awarded citizenships and allowed to participate in the political life of Burma.

After the military coup in 1962, things took a turn for the worse for the Rohingya. The military government forced all citizens to get national ID cars, and during this exercise all Rohingya were classified as foreigners. With the new citizenship law of 1982, the Rohingya were effectively rendered stateless, and the military government both tacitly and openly supported discrimination and attacks against the Muslim minority. Buddhist monks were often in the forefront of stirring up hatred against the Rohingya, which they considered as illegal migrants from Bangladesh that should either be killed or thrown out of the country.

Still, during the military rule, large scale atrocities against the minority were unheard of. While they may have been discriminated against, open and persistent attacks against their communities started only after 2010 when the military stepped down and Aung San Suu Kyi came to power.

So what does Aung San Suu Kyi have to say about this situation? Strangely enough, very little, and when she does speak about the situation, she seems in total denial. In a speech given on September 9, 2017 about the crisis, she did not refer to the Rohingya by name and claimed, falsely, that “all people living in Rakhine state have access to education and health care services without discrimination.”

She also blamed the violence on terrorism, when it is clear that it is perpetrated by her own army. Acting as if no killings or burning of villages are taking place, she commented that “We want to find out why this exodus is happening. We’d like to talk to those who have fled, as well as those who have stayed.“ These statements seem hypocritical in light of the fact that all the people who escaped to Bangladesh are very clear about why they left: to escape systematic and wide spread murder, looting and rape.

Just like a holocaust denier, Aung San Suu Kyi has closed her eyes against this undisputed reality and is acting as if genocide has never taken place.

What lies behind this paradoxical position of the famous Nobel Peace Prize Laureate? Whatever her reasoning, it is a chilling reminder that just because a person once fought against a dictatorship, that does not make him or her beyond reproach. There are many tyrants and dictators that have risen to power from being genuine freedom fighters, such as Robert Mugabe of Zimbabwe, who recently was disposed of by his own army.

Regardless of her motivation for acting as she does, she has clearly let down all of those who admired her as a role model. If she is not actively supporting the ethnic cleansing, murder, rape and torture of a significant minority in the country she is leading, she is at the very least lacking the moral backbone to speak out, and is thereby complicit in the crimes committed.

From a Prout perspective, discrimination against an ethnic or religious group should not be tolerated. Furthermore, a member of a Samaj is someone who has merged his or her interests with the local community, regardless of their ethnic origin or set of beliefs. It is therefore the duty of all Proutists to clearly speak out against the ethnic cleansing of the Rohingya, and to support a Samaj movement to protect the fundamental human rights and economic opportunities of the community. If at present we are unable do anything concrete to help the situation on the ground, at the very least, all Proutists can take a principled stand in the matter and speak out against the genocide and ethnic cleansing perpetrated by the hypocritical Myanmar government.

PrevOn Catalonia and Samaj Movements
Tax Cuts, Tax Cuts and More Tax Cuts: Fooling Most of the People Most of the TimeNext