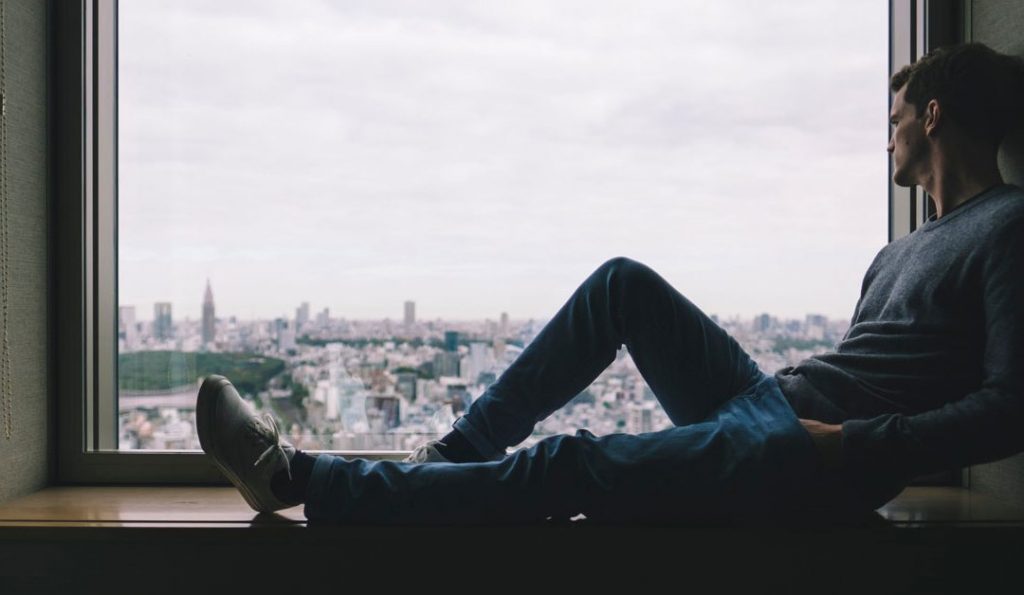 The popular sustainability phrase, “People, Planet, Profit”, was coined by John Elkington in 1995, and in 1997, it was adopted as the title of the Anglo-Dutch oil company Shell’s first sustainability report. As a result, the 3Ps of sustainability have become a well known icon of green economics in the Netherlands, as well as in the rest of the industrialized world. Since its coinage, many private companies and even multinational corporations pride themselves of adhering to TBL tenets.

For a company incorporating TBL guidelines, it means that all business decisions ideally combines three concerns: are the company’s business practices financially, socially and environmentally responsible? Considering these questions, the company can continuously self-regulate its business practices and move beyond bottom-line profit motives and optimize its performance and enhance its contribution to the environment and community it operates in. Today, the 3Ps have become a hallmark of the green business movement and are largely promoted as a panacea to creating a more sustainable world.

The following is a short review of TBL and how the concept differs from the old business model, where financial profit generally is the sole indicator of a company’s success.

“People” refer to a company or corporation’s fair and beneficial business practices toward the employees, people and community in which it is conducting its business. In practical terms, a TBL business would strive not to hire child labor, would pay fair salaries to its workers, maintain a safe labor environment and reasonable working hours, and would not otherwise exploit a community or labor force.

“Planet” refers to all natural resources utilized by a business and thus to its sustainable, green, or environmental practices. A TBL company endeavors to minimize its environmental impact, or reduce its ecological footprint by, among other things, carefully managing its consumption of energy and non-renewables and reducing manufacturing waste as well as rendering waste less toxic before disposal or recycling.

“Profit” is the economic value created by a business after deducting the cost of all inputs, including natural resources, cost of pollution, capital, etc. Profit within a TBL framework, therefore, differs from traditional accounting definitions of profit, which would take for granted the free services rendered by nature and not account for the company’s environmental impact. Normally, profit is limited to the monetary profit made by a company or organization, but in the TBL approach, profit also refers to the positive economic and service impact a company has on people and planet. 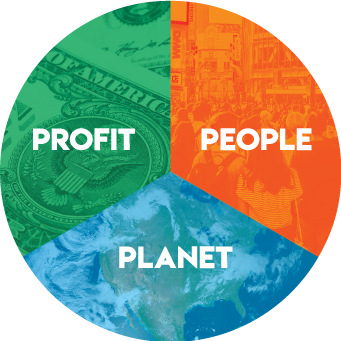 The TBL formula quite effectively points out the essence as well as main defect of capitalism: that the totality of the private business enterprise, even the totality of the goal of economic life itself, can be reduced to one word: profit. “This means,” wrote economist E.F. Schumacher as early as 1973 in his monumentally influential book Small is Beautiful, “that an activity can be economic although it plays hell with the environment, and that a competing activity, if at some cost it protects and conserves the environment, will be uneconomic.” In other words, according to capitalist economics, as introduced by Adam Smith’s irrational economic philosophy of selfish needs creating altruistic results, money is the highest of all values, and profit is the driver of progress, indeed of civilization itself. Schumacher understood the inherent flaw in this theory and the market on which it is based, and which he aptly described as “the institutionalization of individualism and non-responsibility.” (Small is Beautiful, E. F. Schumacher, Hartley and Marks, Vancouver, BC, 1999)

Building upon Schumacher, the green movement of the 1980s until today has carefully developed a new economic reform-model, which some call sustainability and others call green capitalism.  The value system of green reform-capitalism strikes at the heart of the simplistic errors of classical capitalism, as well as those of neo-capitalism, and points out that the pursuit of profit takes nature for granted and avoids the negative effects business can have on people and the environment. With these defects in mind, TBL was developed to right the wrongs of business as usual. But is reforming this staggeringly flawed system enough? Is it indeed possible to reform an economic system that has brought us an increasingly divided world of rich and poor nations, that has given us a financial system run amok in speculative ventures creating mega-profits but no real jobs, while effecting nature so negatively that many scientists think we are on the brink of world-wide collapse?

The green movement surely thinks so. Green reforms can indeed tame the capitalist beast, the movement bravely claims. Since Schumacher’s influential book came out in the 1970s, the greens have been busy implementing all kinds of economic, political and activist ventures in pursuit of a market system that is benign for people and planet while  also good for the bottom line. But one of green capitalism’s most ardent proponents, however, popular writer Paul Hawken, admits that progress has been small. So small, in fact, that Hawken likens its impact to mere “drops in a bucket.” (Blessed Unrest, Paul Hawken, 2007) The reason green capitalism has so far made very little impact is partly political—lack of comprehensive changes in environmental and economic policies—and partly economical—corporate capitalism is still the predominant economic system. And as long as we have an economic system acting as a predator in relation to nature, we can only expect cosmetic changeto the status quo.

Published with permission of Roar Bjonnes and www.growinganeweconomy.com